These companies are trading at a discount to their intrinsic value.

Savvy investors are always looking for an edge to improve their returns. Buying stocks at a discount to where they will trade in the future is one way to do that. Another is to buy stocks that pay dividends. The stocks these investors look at can generally be grouped into two buckets: value or growth.

Growth companies tend to prioritize revenue early on, often at the cost of delaying profitability. Once grown, they focus more on maximizing profits. They tend to have relatively high valuations as measured by price-to-earnings or price-to-sales ratios.

Value investors try to buy stocks that are trading at a discount to their current or near-term intrinsic value as determined through fundamental analysis. A lot of the time, value investors buy stocks whose financial ratios trade below the market average.

For those savvy investors interested in the latter category, three top value stocks to buy in July are Sprouts Farmers Market (SFM 3.00%), Nintendo (NTDOY 0.37%), and Electronic Arts (EA 2.67%). Here's why. 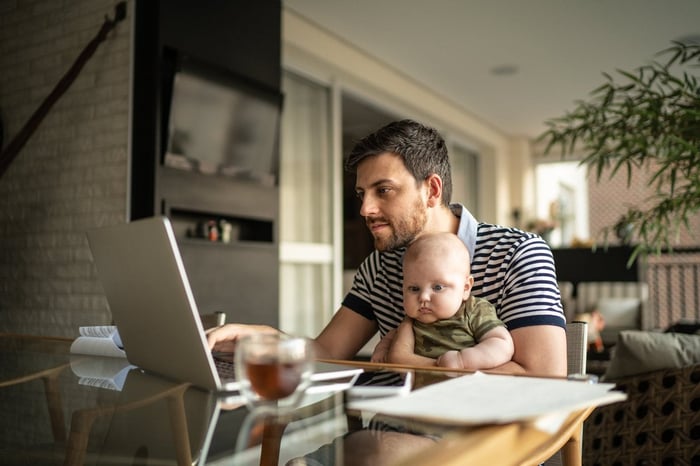 Sprouts Farmers Market is a health-focused grocery chain based in Phoenix with stores in 23 states spread across the U.S. As the name implies, the stores try to have a farmers market feel with a focus on fresh produce, bulk bins, and unique/specialty items. Over the last 12 months, Sprouts generated $279 million in net income and $6.4 billion in revenue. With a market cap currently hovering around $3 billion, the stock has a trailing price-to-earnings (P/E) ratio of 10.7, which is well below the current market average of 40.

There are multiple reasons why Sprouts trades at such a depressed earnings ratio, but the main one is management's earnings guidance for 2021. Like most other grocers, Sprouts saw a surge in demand in 2020 related to the COVID-19 pandemic, and management is guiding for a decline in comparable-store sales and earnings per share in 2021. This will raise Sprout's earnings ratio in the short term. However, management plans to open 20 new stores this year and then accelerate store growth to 10% per year thereafter. With only 362 stores in 23 states, Sprouts has plenty of room to grow store count over the next decade. If it can keep up its current profit margins, earnings per share should grow consistently as well, hopefully leading to strong returns for shareholders.

Nintendo is a well-known Japanese gaming company behind the hit entertainment franchises Mario, Zelda, and Donkey Kong. It also has a large ownership stake in the Pokemon Company. Many unique gaming consoles have come from Nintendo in the last few decades, but its most recent iteration, called the Nintendo Switch, has been a hit with gamers around the globe.

Since its launch in 2017, 84.6 million Switch devices have been sold, which has led Nintendo's profits to balloon on the back of popular games like Animal Crossing: New Horizons and Legend of Zelda: Breath of the Wild. In its latest fiscal year, which ended this March, Nintendo generated $4.34 billion in net income. With a current market cap of $72 billion, Nintendo has a trailing P/E of 16.6, and that is before taking into account the $16 billion in cash on its balance sheet.

The stock trades at a discounted earnings multiple because a lot of investors don't believe its current profits are sustainable. In the past, with consoles like the Wii and Wii U, Nintendo has gone through sharp boom and bust cycles with profits. However, Nintendo has multiple initiatives that can help mitigate some of the past earnings' cyclicality. It continues to release different Switch console types, including the latest one with a larger OLED screen, that can help extend the Switch's life. It is locking in customers with the Nintendo Switch Online subscription, which costs a measly $20 a year. 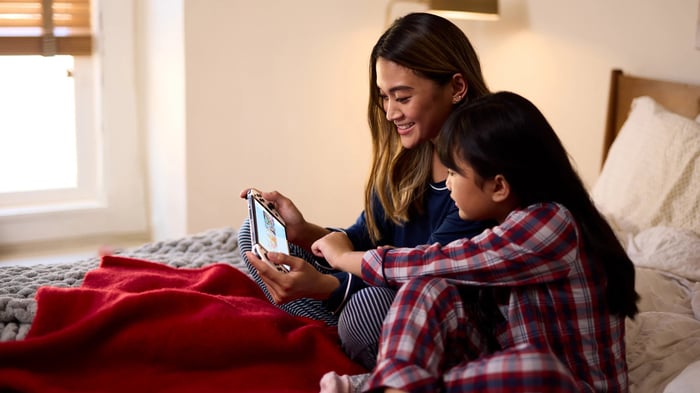 Nintendo has big initiatives outside of gaming to diversify its profits. These include theme parks called Super Nintendo World, a Super Mario movie coming in 2022, and a partnership with Niantic to produce augmented reality applications with different Nintendo characters. Nintendo looks like a buy right now with a low P/E ratio; Switch sales that haven't shown any signs of slowing down; and new business lines outside of gaming.

Electronic Arts (EA) is a gaming studio behind popular titles like Fifa, Madden NFL, The Sims, and Apex Legends. In the last 12 months, the company generated $1.93 billion in cash flow from operations and $1.81 billion in free cash flow. A market cap of $41 billion gives EA a trailing price-to-free cash flow (P/FCF) of 22.7, which is below the market average of 28.

EA should see consistent profits from its sports franchises, which produce new games each year and have millions of dedicated players, but it also has plenty of other games that should help it grow revenue and cash flow over the next five years and beyond. Apex Legends doubled net bookings (the revenue equivalent for video games) last year. The new franchise Knockout City amassed 5 million players two weeks after launch in May. The latest version of Battlefield is set to release in October.

With consistent cash cows, multiple new games, and the overall tailwind from the gaming industry, investors should be confident in EA consistently growing its cash flow over the long term, making it a top value stock to buy at the moment.