Please ensure Javascript is enabled for purposes of website accessibility
Log In Help Join The Motley Fool
Free Article Join Over 1 Million Premium Members And Get More In-Depth Stock Guidance and Research
By Alex Carchidi - Jul 9, 2021 at 6:41AM

The market may have overreacted to weak clinical trial data, but its pessimism wasn't entirely misplaced.

On June 28, shareholders in the cancer therapeutics company Exelixis (EXEL 1.30%) got a nasty shock: Its stock price plunged by more than 23% after it delivered worse-than-expected data from a phase 3 clinical trial. The company's flagship renal cell carcinoma drug, Cabometyx, was being investigated as part of a combination therapy for advanced hepatocellular carcinoma. But the trial failed to conclusively prove that Cabometyx improved patients' overall survival prospects, per an interim analysis.

What's more, Exelixis doesn't expect that these results will change when it conducts a final analysis after the trial concludes next year.

As a result, it's unlikely that Cabometyx will get regulatory approval for the new indication, and the other ongoing trials involving the drug will have even higher stakes now that its efficacy has been called into question. After such a setback, investors are right to be skittish about Exelixis' revenue growth prospects -- but there's no reason for them to be running for the hills. 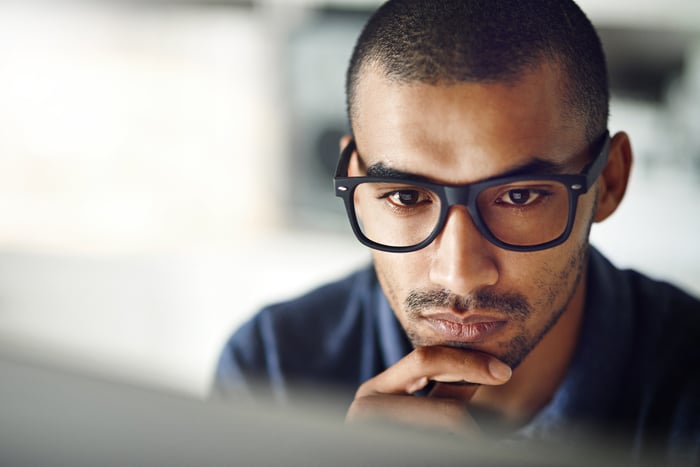 Things aren't as bad as they seem

Despite the disappointing new results for Cabometyx, it's important to look at Exelixis in a broader context. As of the first quarter of 2021, Cabometyx held a 36% share of the market for tyrosine kinase inhibitors that treat renal cell carcinoma, making it the most used drug in that application. To win that market share, it unseated leading competitors by securing a larger volume of new prescriptions. That means the drug is gaining traction, so investors can count on modest increases in recurring revenue for the time being. For reference, the company's revenue grew by 19.1% year over year in Q1, which isn't half bad given that Cabometyx first hit the market in 2016. 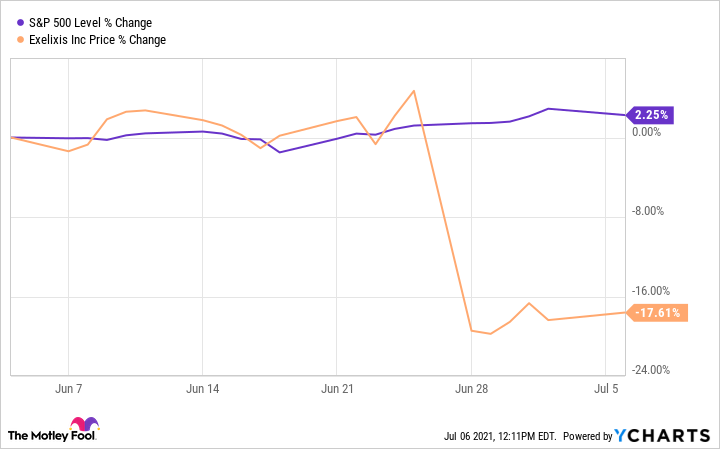 Importantly, Exelixis isn't anywhere near being done with developing Cabometyx. The company has a handful of late-stage clinical trials underway that are investigating its effectiveness in indications such as non-small cell lung cancer. And, because the drug is already FDA approved, the work to expand its market could potentially bear fruit quickly.

The company has promising candidates in its pipeline, too. Though development is still at an early stage, its XL092 program targets many of the same conditions as Cabometyx, and it could also eventually be used to treat endometrial cancer. So, while Exelixis may be a one-trick pony for the moment, as all of its products are different formulations of the active ingredient in Cabometyx, management is working to ensure that it won't remain that way forever.

Tread carefully when betting on a turnaround

While the company clearly has growth opportunities, there are a few issues that should give potential investors pause.

In Q1 2021, its earnings collapsed as a result of rapidly rising operating expenses, which grew by 58% year over year. Driving this were sharp increases in its cost of goods sold (COGS), research and development, and selling, general, and administrative (SG&A) expenses. Right now, Exelixis has a profit margin of around 6.3%, which means that it might need to draw down on the $1.19 billion in cash it has on the balance sheet to fund operations if it has another bad quarter. So, independent of the weak clinical trial results for Cabometyx, the company's performance is weakening.

Still, the market probably overreacted to the trial results. While it's true that shareholders can probably expect somewhat less revenue to roll in if Cabometyx ends up being approved for another new indication despite the unfavorable data, nothing has changed about the business or its ability to develop cancer therapies effectively. And remember, its revenue is still growing. While I wouldn't be comfortable with betting the farm on a turnaround, Exelixis stock is still worth buying because it's likely cheaper than it should be thanks to the market's short-term thinking.