Tuesday was a particularly damp and soggy day for Two Harbors Investment (NYSE:TWO). Its shares sank by over 9% after it set the price for a fresh stock flotation.

Two Harbors announced Tuesday that it would reap gross proceeds of $260 million from a public offering of 40 million shares, putting the per-share price at $6.50. Investors promptly traded the stock down to just above that level. 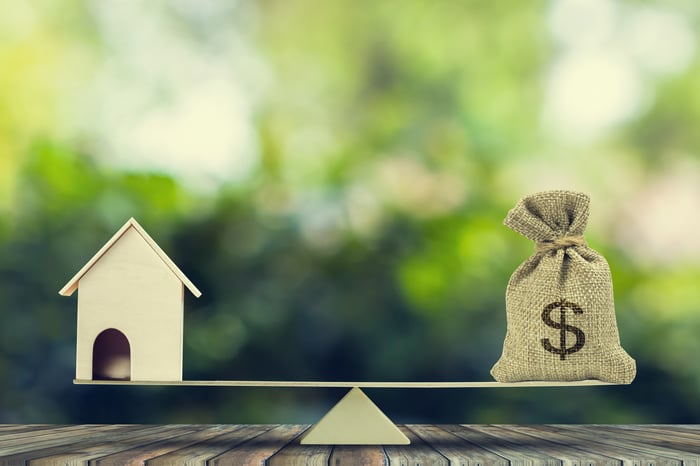 Also, Two Harbors -- a long-standing mortgage real estate investment trust (mREIT) -- has granted the issue's underwriters an option to buy more. Those entities can snatch up to an additional 6 million shares collectively. As is standard in new stock issues, that option is in force for 30 days.

In its announcement, Two Harbors wrote that it will use its share of the issue's proceeds to purchase more of the assets that underlie its business. As opposed to equity REITs that invest in physical properties and lease them to tenants, mREITs purchase the mortgages and related investments that fund such purchases.

An mREIT makes its money on the often-thin spread between its funding sources and the income received from mortgage investments. This is why mREITS tend to be heavily leveraged, and frequently on the hunt for more capital.

Two Harbors has floated numerous secondary-stock issues over the years. This one is quite dilutive, though (the company has just under 274 million shares outstanding), and the price is relatively low. No wonder investors didn't greet the news warmly.