Shares of Fulgent Genetics (NASDAQ:FLGT) climbed 77% through the first half of 2021, according to data from S&P Global Market Intelligence. The rise was due to the incredible numbers of COVID tests the company was able to run and the customers it was able to line up. 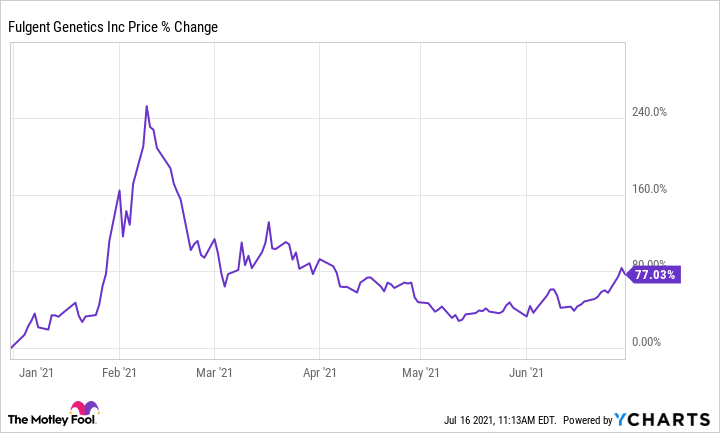 Prior to a broad market sell-off in February, shares of Fulgent had been up more than 250% for the year. As vaccination rates climbed and the need for testing seemed to be waning, the stock collapsed almost 65%. Now that the delta variant of the coronavirus is taking hold, it appears investors are once again jumping on the bandwagon. 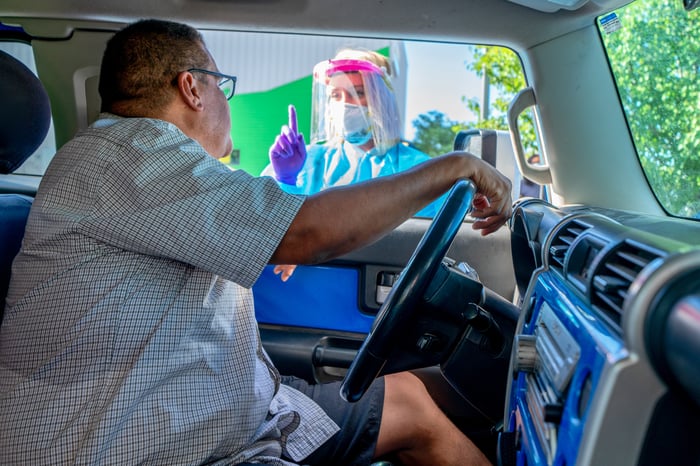 The volatility obscures a business that has been consistently growing its revenue while demonstrating amazing operating leverage since early in the pandemic. Its core business -- genetic testing -- suffered when doctors' offices and clinics were closing last year, but it has more than fully recovered. Management expects that segment to grow 174% in 2021. Some of the recovery is thanks to being awarded a contract from the Centers for Disease Control and Prevention (CDC) to track COVID through genome sequencing. Still, COVID testing volume is likely to drive the stock price for the remainder of this year.

That's good news for shareholders as cases of the virus have more than doubled in the past two weeks and are up close to 300% over the last month. The company has plenty of capacity. In 2020, Fulgent did 230 times more tests than in the prior year. It managed that increase while still delivering rapid turnaround times to several large counties including Los Angeles and Miami-Dade, as well as the New York City public school system. To top it off, the company's profit margins expanded much faster than revenue, and it has guided for $12 in earnings per share this year on the back of 97% sales growth.

If its partnerships with corporations, large school districts, counties, and the CDC can keep testing volume high, shareholders could get a second half of the year that mirrors the first. Add in potential deals with insurance companies to cover testing and growth for the $2.5 billion company could just be getting started.