Shares of Vaxart (NASDAQ:VXRT) jumped 31.2% through the first half of 2021, according to data from S&P Global Market Intelligence. That price at the end of July doesn't even begin to tell the story of those six months. Over the period, the stock rose as much as 300% and fell as low as 11% below where it began the year. The wild ride was thanks to two instances of the market anticipating clinical data and the painful realization that the company's vaccine pill isn't producing the immune response Wall Street wants to see. 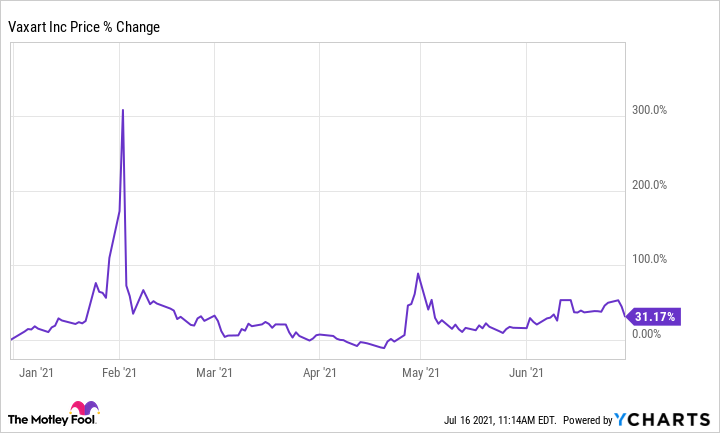 Investors began the year with a positive outlook for the company's proposed tablet-based COVID-19 vaccine, VXA-CoV2-1. The stock peaked in anticipation of phase 1 data in February. When management shared the results, the stock promptly plunged almost 60%. Unlike the vaccine from Pfizer and BioNTech, or the one from Moderna, Vaxart's drug did not produce neutralizing antibodies.

Once again in May, the shares rallied in anticipation of data. That release again failed to show neutralizing antibodies. Management defended the drug, claiming it provided mucosal immunity and might even offer broader protection against variants of the original virus. Although the stock was volatile, it did ultimately lose all of the gains it had made in the run-up to the report. 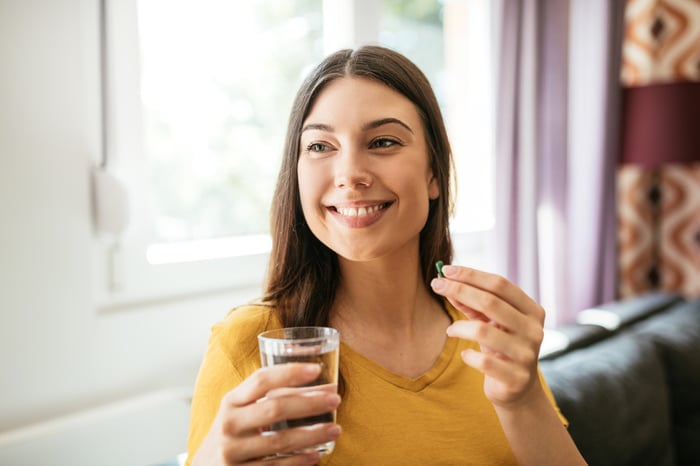 The stock remains higher than where it began the year. As the Delta variant spreads, investors continue to hold out hope for positive news. If it comes, the pill would address some of the hesitancy around gene-based vaccines as well as fears about the jabs from Johnson & Johnson and AstraZeneca.

Beyond COVID, the company continues advancing its candidates for norovirus and influenza. With a market capitalization of only $954 million, the upside from commercializing any of its vaccines would likely be significant. That said, it's VXA-CoV2-1 that has many shareholders sticking around.

Despite the availability of alternatives, the fact that roughly one in five Americans remain extremely unlikely to get vaccinated creates an odd situation. The domestic market -- vaccine-hesitant Americans who would take a pill -- is likely to wait for the company to get the science right. Shareholders have to hope they eventually do.