Justin Pope
(tmfwealthinsight)
Author Bio
Justin loves covering stocks across all industries, but his heart is in high-growth technology. He's been a student of the market for more than a decade. Stocks are his second love to his wife and kids, which is how he spends his free time.
Follow @theefinanceguy

In 2020, the average data breach cost a company nearly $4 million to deal with, making cybersecurity one of the hottest topics for companies and investors alike. Recent IPO SentinelOne (NYSE:S) is trying to do something about this and its autonomous protection platform is popular and growing rapidly, offering companies a much-needed tool to fight against future hacks.

If you are considering buying stock in SentinelOne (which went public on June 30), here are three good reasons in its favor and one potential issue to account for before making that stock-buying decision.

According to a recent report from IBM, in 2020 it took 207 days to identify the average security breach and another 73 days to contain it. Put another way, a data breach can impact a business for more than nine months, and the financial consequences on a company can be huge. 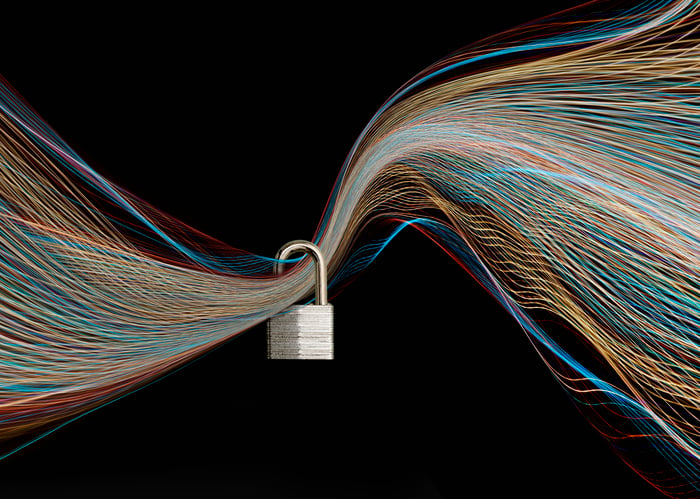 In 2017, for example, credit reporting agency Equifax had its security breached, exposing the private data of 147.9 million customers and costing the company more than $4 billion in damages. Beyond money, security breaches can damage a business's reputation and lower the trust of its customers.

For years, companies have used antivirus security software, which reacts to known threats based on what the software is programmed to look for. But what about unknown threats? High-profile breaches have shown that cybersecurity these days needs to adapt faster if it hopes to keep pace with the current generation of hackers.

SentinelOne's endpoint protection software is among a new generation of cybersecurity that counters threats before they can be carried out by proactively searching for suspicious activity. SentinelOne's ability to detect potential threats before they cause harm makes it superior to legacy anti-virus programs from incumbents such as Intel's McAfee and NortonLifeLock, which can only detect already existing threats.

2. SentinelOne is an innovator

SentinelOne's proprietary "Storyline" software maps all of a device's activity into patterns and looks for suspicious items that stand out from these "stories." Artificial intelligence powers SentinelOne's automated platform, able to act on a threat in milliseconds.

Technology research firm Gartner has rated SentinelOne as a leader in endpoint protection and has scored it as a top competitor across various types of users. More than 4,700 customers use SentinelOne, including four of the Fortune 10 and hundreds of the Global 2000.

SentinelOne competes directly on cybersecurity with CrowdStrike Holdings (NASDAQ:CRWD), also considered a leader in endpoint cybersecurity. SentinelOne scores similar on performance, according to Gartner, and is the first to introduce fully autonomous protection.

SentinelOne's ability to compete with Crowdstrike is important for taking market share as we are still in the early stages of migrating to new technologies (like endpoint protection) in cybersecurity. SentinelOne's AI-driven and automated platform have won over high-profile customers like Fiverr International, Autodesk, Jetblue Airways, Pandora, and more.

3. Rapid growth in a huge market

SentinelOne has multiple avenues for maintaining this rapid growth. According to researchers, the global cybersecurity market is worth $167 billion, and it's expected to grow 10.9% per year through 2028. Remember how the average breach lasts 280 days? Clearly, there are a lot of potential customers that are still undiscovered that need to upgrade to more effective protection.

SentinelOne's customers spend 24% more the year after signing up for the platform, indicating that there is added value for customers and that SentinelOne is good at upselling it. SentinelOne could grow for years to come if it can maintain its status as a cybersecurity leader.

4. The caveat: It's tough to justify the stock price

SentinelOne's largest problem might be its inflated stock price. Its price-to-sales ratio is about 88, meaning investors already have very high expectations for this company and have priced that into the stock. Crowdstrike went public in 2019 at a P/S ratio of 35, while growing recurring revenue and customer spending at faster rates than SentinelOne is now. In other words, investors are paying more than double the valuation for a slower-growing company.

SentinelOne lost $117.6 million in the fiscal year 2021, almost as much as the $131 million it made in recurring revenue. It spent 82% of its revenue on sales and marketing and 66% on research and development in fiscal 2021. The company is spending heavily to grab market share, so investors could be waiting a while for the company to turn profitable.

SentinelOne must continue its rapid growth, or investors may decide that the stock isn't worth such a high valuation.

Is SentinelOne a buy?

SentinelOne has the look of a strong business, but the stock may be risky at its current price. Investors will want to keep an eye on recurring revenue to ensure that the business continues to produce strong growth.

Investors may get a better opportunity to buy shares if the stock market takes a downturn; high-growth stocks often get sold off in a correction. Additionally, SentinelOne's lock-up expires in December and could create selling pressure on the stock. If investors can get shares for a reasonable price, SentinelOne could be a strong cybersecurity stock over the long term.