Shares of Genius Sports (NYSE:GENI) were soaring 13.5% heading into the market close on Wednesday on no apparent news, though the company did announce it had appointed a new director to the board.

New board appointees don't typically cause a stock to spike like this, but Kimberly Williams-Bradley, who will serve as an independent director on Genius' board, was previously the chief financial officer for the National Football League and chief operating officer of the NFL Network. Most recently she was executive vice president and CFO for Warner Bros. Entertainment.

Williams-Bradley will serve on the audit and compensation committees, and her appointment brings the total number of directors to nine. 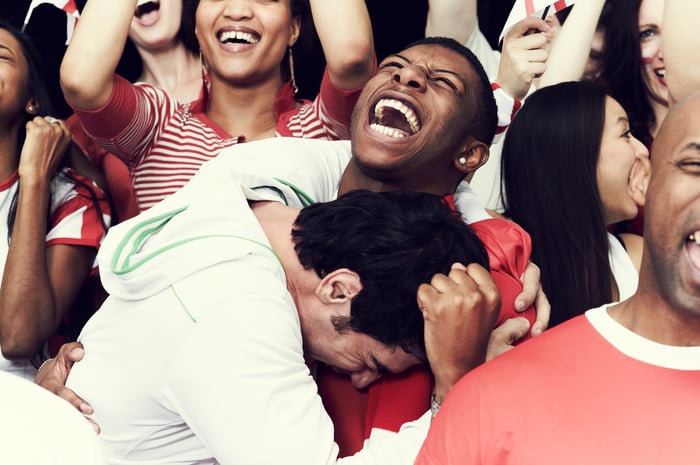 Genius Sports only went public in April through a reverse merger with special purpose acquisition company dMY Technology Group. The stock has been volatile since then, but at around $16.50 per share, it sits about a third below the high in late May. The company seems to have a bright future.

It is closely aligned with the fast-growing sports betting market, not as a sportsbook, but rather as a data management and services provider for sportsbooks, leagues, and media companies. It signed a multiyear deal with the NFL to be the official data provider for its games, a position it similarly holds with Major League Baseball, NASCAR, the PGA Tour, and the National Collegiate Athletic Association, as well as with various sportsbooks.

There's no reason Genius Sports stock should have fallen as it has, though it's not yet profitable. But for the quarter ended March 31, it was breakeven and ought to be in the black soon.