For years, Netflix (NASDAQ:NFLX) was one of the most reliable growth stocks on the market. The video streamer would regularly deliver brisk subscriber and revenue growth every quarter as it disrupted the massive video entertainment industry.

That's starting to change now. In its second-quarter earnings report, Netflix reported its slowest quarterly subscriber growth in the streaming era with just 1.5 million new member additions. In North America, it actually lost 430,000 members, showing it may be reaching a saturation point in its biggest, oldest, and most valuable market. Management blamed the COVID hangover as Netflix had record sign-ups in the first half of 2020 due to the pull-forward effect of the pandemic, and COVID-related production delays have slowed down new content in the first half of this year.

Revenue growth came in at just 19.4% to $7.34 billion, the first time top-line growth was below 20% in nearly a decade. Moreover, the company's third-quarter guidance indicates that revenue growth will continue to decelerate, with management forecasting just 16.2% top-line growth for the current quarter.

Are Netflix's growth days over?

With more than 200 million subscribers on its platform and five years since it completed its global launch, Netflix is unlikely to put up the kind of percentage growth it did through much of the last decade as it became a global entertainment powerhouse.

Netflix is still capable of adding 30 million new subscribers a year as it has essentially done for the last three years, but with its subscriber base now over 200 million, that alone wouldn't even grow its total membership by 15%.

Despite that slowdown, there are still reasons to be optimistic about the company's future. 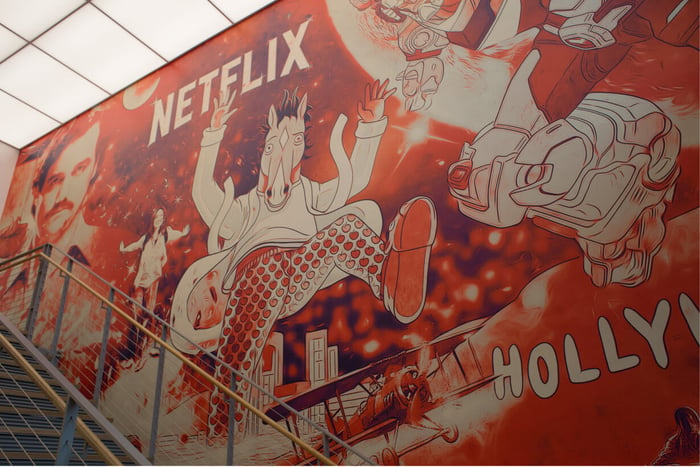 1. Room for growth in Asia

Asia, or APAC (Asia Pacific), is the youngest of the company's four geographic segments. It launched in most of the continent in 2016, including in India, the biggest market it competes in. More than half of the world's population lives in Asia, though that includes China, where Netflix is blocked; yet it's Netflix's smallest region as it finished the second quarter with 27.9 million paid subscribers in APAC.

The good news is that APAC recorded the highest subscriber increase last quarter with 1 million subscriber additions. Over the last four quarters, it added 5.4 million new members, making it the company's second-fastest-growing region behind Europe. Netflix had previously added a low-cost, mobile-only plan in India and a handful of other countries, and it said it would expand the concept to 78 countries in Southeast Asia and sub-Saharan Africa, parts of the world where potential subscribers might have a smartphone but not a TV. That move should help drive growth in those regions.

Additionally, as Netflix invests further in its local content strategy, it should gain traction in Asian markets, especially in populous countries like India, Japan, South Korea, Indonesia, and the Philippines.

To an extent, Netflix's slowing revenue growth doesn't really matter. The company is no longer the cash-burning enterprise it was a few years ago when it earned jeers from critics who said it would never be profitable. Management says it's on track to post break-even free cash flow (FCF) this year after $1.9 billion in FCF in 2020. Better yet, on a generally accepted accounting principles (GAAP) basis, Netflix is delivering profits hand over fist. Through the first half of the year, the company has posted nearly $4 billion in operating profit, and it's targeting an operating margin of 20% for 2021. In the years ahead, it expects the operating margin to increase by 3 percentage points each year, meaning it should reach 29% by 2024.

Profit growth is inherently tied to revenue growth, but Netflix's subscription model means that margins should naturally expand as it adds more members, as the incremental cost for those subscribers is almost nothing.

As Netflix has become more profitable, the stock is also starting to look much more affordable. Currently, it trades at a price-to-earnings (P/E) ratio of 55, which is only slightly higher than the S&P 500's P/E at 46. When you factor in the company's profitability and valuation, the slowdown in revenue growth seems less concerning.

For the first time in its history, Netflix is moving beyond traditional video entertainment in TV and films. The company said that it was in the "early stages" of expanding into gaming, initially focusing on mobile devices. Games will be included at no additional cost for subscribers, showing that, for now, the company sees games as a way to increase retention and grow its subscriber base, not as a separate revenue stream.

While Netflix is arriving late to the video game fray, the company does have more than 200 million subscribers around the world, many of whom already have its app installed on their smartphones and tablets. If it can put out some appealing games, they should get solid traffic.

The move into gaming isn't that surprising, as video games are one of the closest substitutes for video entertainment. As Netflix said in its letter to shareholders, "Our goal is to be everyone's first choice for entertainment because of the variety and quality of our titles." There's no reason video games shouldn't be part of that equation.

As the company matures, Netflix's biggest growth days may be behind it, but with profit margins ramping up and opportunities in Asia, video games, and optionality with things like advertising, slowing revenue growth is no reason to give up on the stock.