The programmatic advertiser got a boost from Wall Street.

Shares of The Trade Desk (TTD -0.44%) climbed sharply higher Friday, surging as much as 11.5%. As of 12:41 p.m. EDT today, the stock was up 10.1%. The catalyst driving the programmatic advertiser higher was an upgrade and bullish commentary issued by a Wall Street analyst.

Stephens analyst Nicholas Zangler upgraded The Trade Desk's stock to overweight (buy) from equal weight (hold) on Friday and announced a new share price forecast of $85, up from $70, according to a report by StreetInsider. His new estimate would represent potential gains of 15% for investors over the coming year, compared with Thursday's closing price. 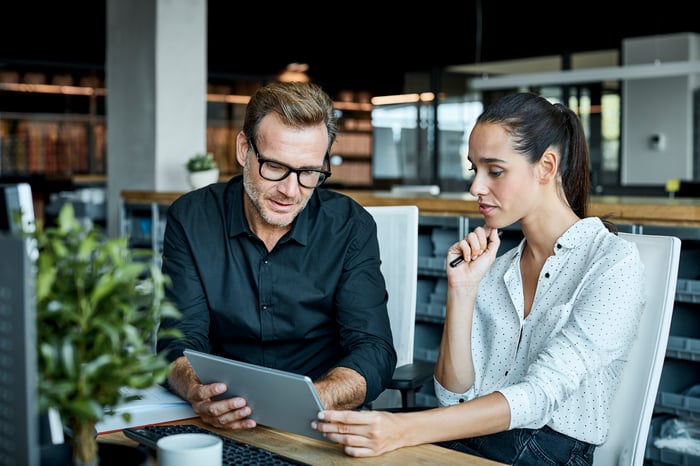 The analyst cites The Trade Desk's "dominant positioning" as the leading independent demand-side programmatic advertising platform, and he believes this "makes the stock a compelling pick." Zangler acknowledges its lofty valuation, noting that this is his "biggest hangup." The Trade Desk currently has a forward P/E ratio of 99, and trades at 21 times forward sales.

Despite the stock's somewhat frothy price tag, Zangler believes the accelerating adoption and "proliferation of connected TV (CTV) represents a worthwhile catalyst" for The Trade Desk.

A greater portion of advertising spend will make the move from traditional television to CTV in the coming years. Zangler estimates that U.S. spending in the space will grow from roughly $9 billion today to $72 billion in the coming years. As the industry leader, The Trade Desk is well positioned to capitalize on this ongoing trend, which could provide the company with a windfall of new business.