The kids-oriented streaming channel enjoyed a market assist in its run-up.

Shares of Genius Brands (GNUS 2.33%) ended last week almost 5% higher than where they started. The boost primarily came from the big bounce it received when the broad market indexes roared back to life, after suffering a drubbing to start the week.

Genius Brands, of course, was inducted into that group of speculative companies known as meme stocks that trade more on social-media chatter than on business fundamentals. The children's media company's stock more than doubled just weeks into the new year, as a trading frenzy erupted, only to collapse once more, followed by a regular pattern of rising and then giving way as momentum ebbed and flowed. 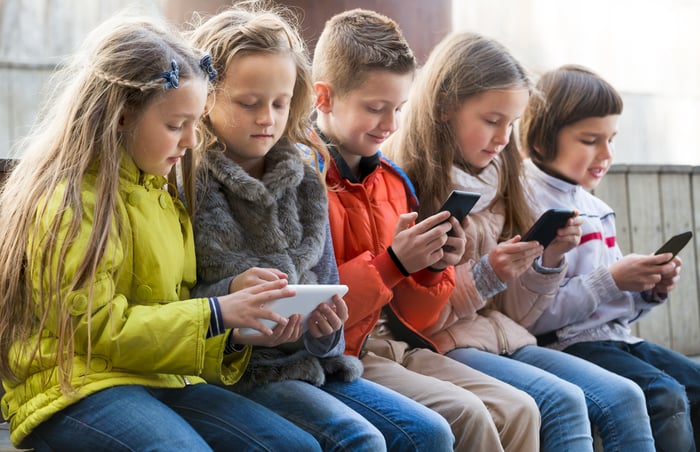 Genius Brands is trying to establish itself as a force in streaming video through its Kartoon Channel!, an ad-supported service downloadable as an app on Android and iOS devices, but also available on cable, satellite, and smart TVs.

It's been able to sign up some credible voice talent to lend to its program, such as Arnold Schwarzenegger and Shaquille O'Neal. It reports that viewership continues to rise sharply since the channel launched a year ago, with weekly unique users and hours watched all soaring thousands of percentage points.

While Genius Brands is debt free and has $143 million in cash available, its legacy business remains in decline. Revenue last quarter more than tripled from the year ago period to over $1 billion, but that was solely due to its February acquisition of ChizComm, a public relations, marketing, and media company. If it wants to be taken seriously by investors beyond just those who pile into meme stocks, it needs to show it can actually grow revenue from its primary business.

Right now, the market is skeptical it can do so. Short interest is running high on Genius Brands, with over 17% of outstanding shares sold short. No doubt that's the flame attracting meme-stock traders like a moth, hoping they'll be able to engineer a short squeeze on the stock.

With days to cover, or the amount of time it would take short sellers to cover their position, standing at a little over four days, it seems unlikely to happen. Anything over seven days is considered a lot, making a squeeze possible.

Genius Brands does have its backers who believe it is a viable business. Perhaps if it could also tone down its hyperbolic press releases so that it didn't come off as a pump-and-dump scheme, the media company might persuade more.