The stock market took a tumble on Tuesday as investors seemed to lose confidence in the economy's ability to overcome new potential obstacles. However, the markets finished well above their worst levels of the day, and declines of as little as a quarter percent for the Dow Jones Industrial Average (DJINDICES:^DJI) once again showed the resilience in stocks. The S&P 500 (SNPINDEX:^GSPC) and Nasdaq Composite (NASDAQINDEX:^IXIC) posted somewhat deeper losses.

There was a flood of stocks reporting their latest financial results in the after-hours session . Below, we'll look more closely at Microsoft (NASDAQ:MSFT) and Starbucks (NASDAQ:SBUX) to see why their fundamental businesses performed well although their share prices moved lower.

A cloudy day for Microsoft

Microsoft had a tough day, losing almost 1% in the regular session and then falling nearly 3% further after hours. The software giant's fiscal fourth-quarter results were strong, but investors had wanted to see even more signs of strength both now and in the future. 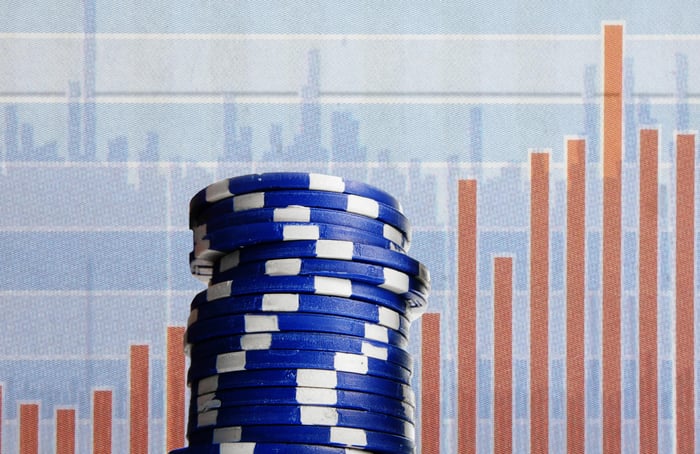 Microsoft's numbers were impressive. Revenue jumped 21% from the year-ago period to $46.2 billion, while earnings of $2.17 per share were up an even sharper 49% year over year. Gains were well distributed across Microsoft's different business segments, with the intelligent cloud unit seeing the strongest revenue growth at 30%. Gains in LinkedIn revenue as well as sales of the Dynamics and Azure cloud-software suites were especially noteworthy.

Yet investors, apparently wanting to see even stronger performance from the software giant, sent the stock lower. Of course, with Microsoft having jumped more than 30% since the beginning of the year, it's not unreasonable to think that some of the attractive growth numbers that the company posted were already priced into the stock's previous gains.

Elsewhere, shares of Starbucks were down more than 3% after hours following flat performance in the regular session. Fiscal third-quarter financial results were extremely strong, but as with Microsoft, they were insufficient to take the share price further upward.

Starbucks saw revenue rise 78%, hitting a quarterly record of $7.5 billion. Comparable store sales soared 73% globally, including an 83% rise in the U.S. following pandemic-related closures. Compared to two years ago, U.S. comps were up 10%. Earnings came in at $1.01 per share on an adjusted basis, also setting a record.

Starbucks also saw evidence that its business was healthy. Rewards loyalty program membership soared 48% year over year to 24.2 million. That led Starbucks to boost its guidance for the full 2021 fiscal year, including new projections of $3.20 to $3.25 per share in adjusted earnings, up $0.25 to $0.30 per share from its previous projections.

Anything can happen in the short run

Starbucks and Microsoft are good reminders for investors that even when business results are good, you can't count on a short-term move higher for share prices following that news. In the long run, stocks do generally tend to track the health of a company's underlying business. But anything is possible in the short run -- especially if the stock has already seen huge gains leading up to the latest news.