On top of that, Goldman Sachs analyst Alexander Duval downgraded the stock from a buy to a neutral rating, citing valuation concerns. The stock was down 9.4% as of 10:51 a.m. EDT on Tuesday. 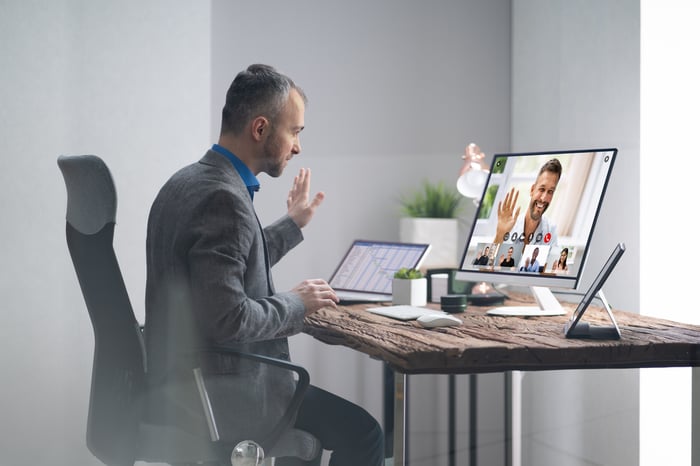 Logitech has been on fire since the pandemic started, and the recent quarter continued to show some of that momentum lingering even as the economy reopens. Currency-adjusted sales surged 58% year over year, or 66% on a reported basis. The fastest-growing categories also happened to be three of Logitech's largest operating segments, with gaming, video collaboration, and PC webcams all posting growth rates above 80% year over year.

Despite the company significantly outperforming expectations the last two quarters, management is still holding to its full-year outlook for sales to be roughly flat on a currency-neutral basis over fiscal 2021. Investors usually care more about future guidance than past results, which explains why the market is pessimistic even after a fantastic quarter. The Goldman Sachs downgrade only added fuel to the fire.

Investors should bear in mind that Duval's downgrade is more short-term focused, so there's no reason to be alarmed if you own Logitech stock as a long-term investment. The analyst likes Logitech's long-term growth prospects and expects the company to beat its full-year sales forecast. However, Duval sees better opportunities in the technology sector in the near term, with the stock sitting at a higher forward price-to-earnings (P/E) ratio after its sharp rise over the last year. 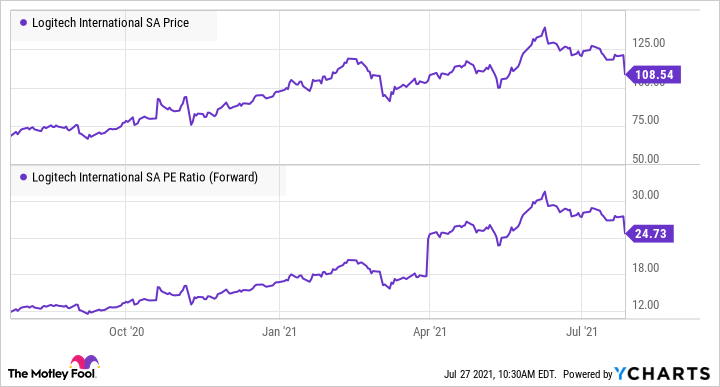 Logitech has attractive growth opportunities coming out of the pandemic. Management sees a hybrid work environment emerging across industries, which it believes will help sustain healthy demand for PC webcams. Its latest results certainly lend credibility to that position. If you're invested in this growth stock for the long term, there's no reason to sell. The chances are good that investors will earn a market-beating return over the next five years from these levels.