Wednesday saw a return to how the stock market looked during much of the latter part of 2020. The The Nasdaq Composite (^IXIC -1.62%) posted strong gains, climbing more than 100 points on the session. However, the Dow Jones Industrial Average (^DJI -1.18%) lost ground, as some of its higher-weight sectors weighed on the index. The S&P 500 (^GSPC -1.51%) split the difference, finishing almost unchanged on the day.

Once again, earnings season continued to bring results both before the market opened and in after-hours trading . Below, we'll take a closer look at social media giant Facebook (META -1.15%) and orthodontic clear alignment tool maker Align Technology (ALGN -4.81%) to see what took their stock prices in opposite directions after the closing bell Wednesday. 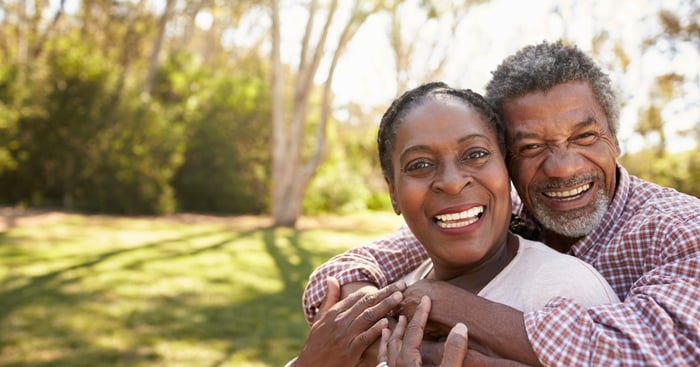 Shares of Facebook closed the regular session on a positive note, helping to lead the Nasdaq higher with a  gain of 1.5%. However, the stock dropped 4% after hours following its release of second-quarter financial results that left shareholders wanting more.

Facebook's numbers for the June 30 quarter were outstanding. Revenue jumped 56% year over year, as advertisers returned to more typical levels of activity following last year's pandemic-affected numbers. Facebook managed to contain cost increases, and that led both operating income and net income to double from last year's levels. Earnings of $3.61 per share came in well ahead of what most investors had anticipated seeing.

Facebook saw its popularity continue to increase. Daily active users rose to 1.91 billion, up 7% from 12 months ago, while monthly active user counts hit 2.90 billion. That audience helped allow Facebook to boost average prices per ad by 47% year over year.

Yet investors reacted negatively to Facebook's outlook, in which the social media giant said it expects revenue growth rates to decelerate significantly. Moreover, regulatory and platform issues could hurt Facebook's ability to target ads as much as it would like. Until investors see what the future business environment will be for Facebook, the doubt could cause stock prices to remain under pressure.

Meanwhile, Align Technology managed to score some gains in the after-hours session. After falling about half a percent in the regular session, the orthodontic device specialist saw its stock rise nearly 2% in late afternoon trading.

CEO Joe Hogan called out the success of the iTero scanning and imaging system as a great complement to its Invisalign business. The company also expects full-year 2021 growth to remain at impressive levels, with sales of $3.85 billion to $3.95 billion representing 56% to 60% higher results than in 2020.

In good times and bad, patients will need orthodontic work. Align's products have become immensely popular, and as its market expands, Align will have further growth opportunities across the globe.

Recession Fears, Earnings Results Sending Nasdaq Stocks Down: Why It's an Opportunity for Investors
376%