Shares of medical equipment maker Hill-Rom Holdings (NYSE:HRC) closed up more than 7% today after reports that the company has rejected a takeover bid from Baxter International (NYSE:BAX) of $144 per share.

Baxter is hoping to add to its portfolio of equipment such as dialysis machines and IV pumps. The company has only grown about 3% annually since spinning off its treatments for rare diseases in 2015. Hill-Rom hasn't done any better, increasing sales by just over 2% per year in the same period. More impressively, it's increased net income 11% annually over that period.

Hill-Rom is also seeing positive results from its transformation initiative. It has been investing in new products, information technology, and geographic expansion -- namely in China. That's likely the momentum Baxter is trying to capture. 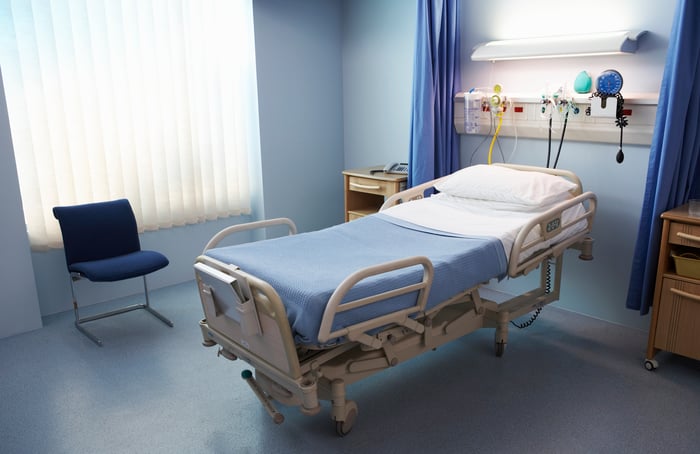 Even after the announcement, shares of Hill-Rom are trading for $134, about 7% below the supposedly rejected bid. There are no guarantees that a deal will happen, but Hill-Rom seems to be in the more powerful bargaining position. The stock is already up 35% this year compared to just 2% for Baxter.

It also knows that its would-be acquirer needs a deal. Baxter tried to buy Omnicell last December before abandoning the effort a few months later. If Hill-Rom does accept an offer, don't be surprised if it is significantly above today's price.