Wall Street wanted an upgrade to the short-term growth outlook, but didn't get it on Tuesday.

Shares of Logitech International (LOGI 1.56%) are dropping significantly this week despite a rising stock market. They were down roughly 10% this week as of Thursday at 3 p.m. EDT, compared to a 1.3% increase in the broader market, according to data provided by S&P Global Market Intelligence. 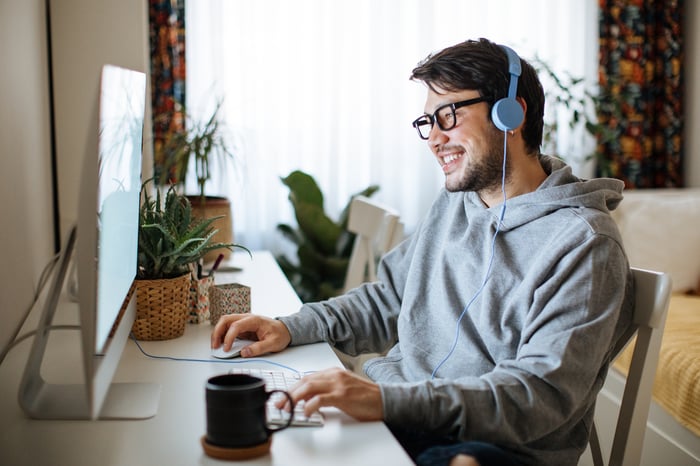 That announcement on Tuesday showed strong momentum in the business. Robust demand for gaming peripherals and PC webcams helped lift revenue by 58% year over year after accounting for currency exchange rates. Logitech had no problem passing along higher prices, either. Gross profit margin improved to 44% from 39% a year earlier.

"Our key categories grew [in the] high double digits," CEO Bracken Darrell said in a press release. That success, he explained, "demonstrates the strength of our capabilities ... and ability to capitalize on long-term trends like gaming [and] streaming." Yet Wall Street was more interested in management's cautious outlook for the rest of the year.

Sales are likely to hold flat this year but could land anywhere between a 5% decline and a 5% increase, according to Logitech. That's the same outlook executives had issued three months earlier, but investors were hoping for an upgrade.

That's no reason for worry, especially since revenue soared 76% last year to blow past prior records. But the steady outlook simply makes the growth stock more vulnerable to snap declines like the one occurring this week. Over the long term, investors' returns will come from Logitech's operating momentum, which is holding up well at a record level right now.