Its new system marks a groundbreaking advance in the field of testing for bloodstream infections.

In vitro diagnostics company Accelerate Diagnostics (AXDX -9.18%) shared the results of a multicenter study of its Accelerate PhenoTest BC Kit at the European Congress of Clinical Microbiology & Infectious Diseases (ECCMID) earlier this month.

The product is intended to provide rapid results for patients suspected of having bacteremia or fungemia -- both are potentially life-threatening conditions -- to improve health outcomes.

The PhenoTest BC Kit demonstrated its effectiveness in significantly reducing the time to optimal therapy and to the first antibiotic intervention for treating bloodstream infections.

Let's take a look at the results of the company's PhenoTest BC Kit against the previous testing systems that were in place. We'll also consider how much of the bloodstream-infection testing market the PhenoTest BC Kit can realistically capture and what that means for Accelerate Diagnostics. 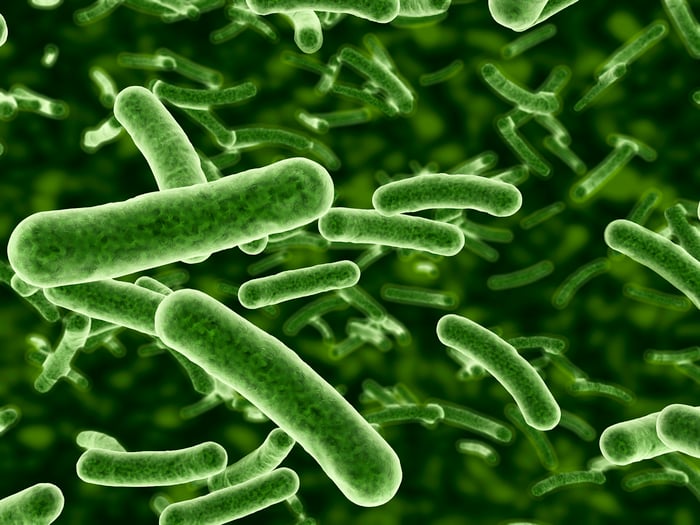 The four-hospital study included 760 patients with similar demographics and medical conditions. Accelerate Diagnostics reported that when using the company's PhenoTest BC Kit, the median time to the first antibiotic intervention was 14.5 hours, compared with 25.2 hours using the hospitals' other testing methods (referred to as the standard of care, or SOC, group).

In other words, doctors at these four hospitals who used the PhenoTest BC Kit were able to obtain results over 10 hours faster than those in the SOC group and prescribe the appropriate antibiotics to treat the potentially fatal bloodstream infections. In such a situation, just a few hours could mean the difference between life and death (or serious long-term complications).

Faster testing results, and thus faster delivery of antibiotic prescriptions, also led to a considerably faster time to optimal therapy (i.e., treatment that proves to be effective for a patient).

Test results show how effective the PhenoTest BC Kit is in helping clinicians treat bloodstream infections expeditiously. How much of the corresponding market can Accelerate Diagnostics expect to seize?

Citing the coronavirus pandemic, which increased the market size dramatically, and "acceleration in the adoption of innovation technologies," Research Dive is forecasting that the global bloodstream-infection testing market will grow 8.4% annually from $4.1 billion in 2019 to $7.7 billion in revenue by 2027.

Accelerate Diagnostics generated $9.3 million in 2019 through sales of its PhenoTest BC Kit and Pheno system. The Pheno system focuses on identifying infectious pathogens and conducting antibiotic-susceptibility testing to determine "whether live bacterial and fungal cells are resistant or susceptible to a particular antimicrobial," according to a company statement.

Accelerate Diagnostics' Pheno system and PhenoTest BC Kit have only been on the market for four years, and data confirming the latter's efficacy is even more recent than that. So it isn't hard to imagine the company growing its share of the bloodstream-infection testing market from 0.25% in 2019 to 1% by 2027. If that happens, Accelerate Diagnostics' revenue would soar from $9.3 million in 2019 to $77 million by 2027, the latter of which is only about 5 times the company's current $418 million market capitalization.

An interesting pick for growth investors

At today's prices of about $7 per share, Accelerate Diagnostics is an intriguing choice for growth-oriented investors who are optimistic that the company's two products will capture market share in the growing, multibillion-dollar global bloodstream-infection testing market.

Up 6% in June, Is Accelerate Diagnostics a Good Buy Now?