Too many investors mistakenly assume that lots of complex activities will lead to better returns.

Let's face it -- investing can easily turn into a complicated, fruitless endeavor if you're not careful. The stock market's got a dozen different kinds of players, and each of those participants seem to have their own unique goals. Things can get messy in a hurry if you don't make and stick with a plan.

The irony? That plan doesn't have to be complex. Indeed, the simpler, the better. Not only are you more likely to stick with a simple plan, simpler plans often produce better results than the more complex ones do.

With that as the backdrop, here are four simple tips novices as well as veteran investors should digest if they want to get more out of the market.

Have you ever heard the phrase "Focus on the process and not the outcome"? It's the short way of explaining that efforts to achieve a particular result are likely to disappoint if you don't use a proven approach. Rather, you should trust that a proven approach will eventually lead to a desired outcome.

The idea applies to investing, particularly when your approach automatically invests a set amount of money in the market -- usually a mutual fund -- without any action taken by you. Most brokerage firms can set these plans up at no cost to you, even including withdrawing a fixed amount of money from a bank account on your approved schedule; a monthly withdrawal and automatic investment appears to be the most common cadence, since that's how most of us get paid and pay our bills. 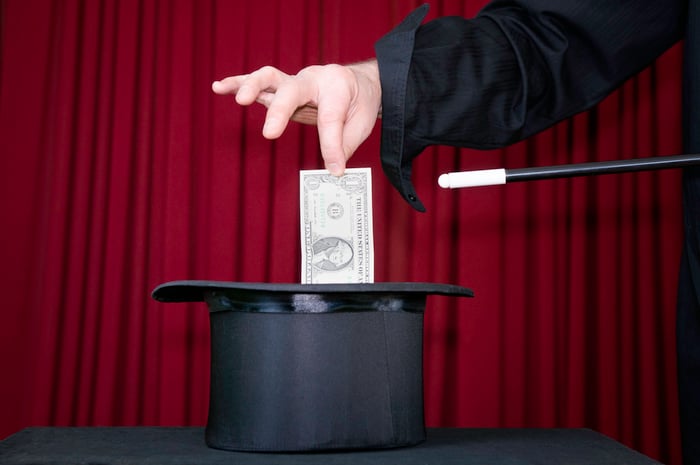 The idea of automated withdrawals can feel a bit uncomfortable at first. What if you need that money for something else? Once you get used to not having or needing it in a banking or checking account, though, you don't really miss it.

In the same sense you're better served by making scheduled, automated deposits into an investment account, you're also better served by reinvesting dividends paid by your dividend-paying stocks into more shares of those same companies.

They're called dividend reinvestment plans, or DRIPs, for short. Many publicly traded companies will help you initiate a position in their stock outside of a conventional brokerage account, and then use any dividends paid in the meantime to add to purchase more shares. And most brokerage firms make dividend reinvestment (as opposed to accepting dividend payments in cash) the default option when purchasing a new position.

The upside of reinvesting rather than spending dividend payments can be surprisingly significant, given enough time. Take JPMorgan Chase (JPM 0.17%) as an example. A $10,000 investment in the banking name made 20 years ago would be worth $35,380 today had you spent rather than reinvested the dividends it paid during this period. If you had used its dividends to buy more JPM shares during this 20-year stretch, though, your investment would now be worth $63,590.

Obviously, using these dividend payments to make investments in other stocks can change the ultimate outcome as well. The advantage of a DRIP plan, however, is that it requires zero effort once the initial position is established. Most investors don't even realize how much is really happening in the background much of the time.

3. Keep it simple, and even boring

For too many people, the stock market is more a source of entertainment and less of a means of building wealth. That's not to suggest investing can't be fun -- The Motley Fool loves to entertain as much as we love to inform. But, all too often, the search for market-beating fun by picking hot stocks leads to underperformance.

Here's a curious statistic that just might have you rethinking things: According to Standard & Poor's data, over the course of the past five years, only three-fourths of large-cap mutual funds offered in the United States outperformed the S&P 500 Index (^GSPC -1.44%). That low winning percentage only worsens when you stretch the timeframe out to 10 and 15 years.

And before you start to think your fund is one of the exceptions to the norm, know that it's pretty rare for a fund to consistently outperform benchmarks. Standard & Poor's notes that as of 2020, fewer than half of 2016's top-performing mutual funds had beaten the S&P 500 over the course of those four years... and that's a pretty typical finding.

Point being, if the professional, full-time stock-pickers struggle to do it, the odds of you beating the market are actually pretty low as well. The high-odds move is actually making an index-based fund like the SPDR S&P 500 ETF Trust (SPY -1.44%) a key pillar of your portfolio.

Finally, if you want to make more money in the stock market, you can start by turning your television set off, or at least switching channels to something other than business and market news.

It's not easy, to be sure. When you've got capital at risk, you feel like you have to keep your finger on the market's pulse at all times.

There's something of a secret these news channels can't really disclose, though. That is, it's in their best interest to make headlines seem more meaningful than they really are because they need you to keep watching. That's because the more viewers they keep glued to their screens, the more advertising revenue they generate with television commercials they air. In other words, these hosts and commentators may be knowledgeable, but first and foremost they're entertainers.

Warren Buffett sums the matter up brilliantly as well as succinctly by simply explaining that "most news is noise, not news."

These 5 Dividend ETFs Are a Retiree's Best Friend
366%