Tesla (NASDAQ: TSLA) reported record earnings last week, and the stock has climbed higher ever since. Shares got another boost today with an analyst price target increase as well as hopes the company's China business will follow results released by domestic competitors today. As of 2 p.m. EDT Monday, Tesla shares had jumped about 4% from Friday's closing price.

Tesla sold more than 200,000 vehicles and surpassed $1 billion in net income for the first time in its second quarter, which ended June 30. The company also told investors it is on track to build its first Model Y vehicles at new factories in Berlin and Austin, Texas, by the end of this year. Investors are also anticipating strong numbers out of Tesla's Shanghai factory after July delivery data was released by several Chinese electric vehicle makers today. 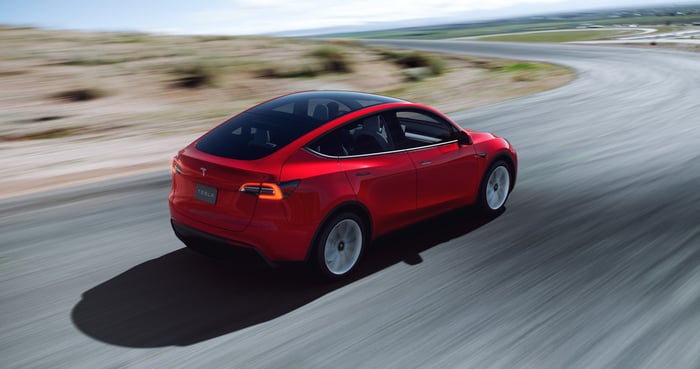 Tesla also pointed to strong performance at its Shanghai plant as contributing to the company's success. In the earnings release, Tesla stated, "Due to strong U.S. demand and global average cost optimization, we have completed the transition of Gigafactory Shanghai as the primary vehicle export hub."