Discover Financial has a lot of the things that the Oracle of Omaha looks for in an investment.

While Berkshire Hathaway (BRK.A 0.35%) (NYSE: BRK.B) CEO Warren Buffett has shed some bank stocks in the past year -- most notably JPMorgan Chase (NYSE: JPM), Goldman Sachs (NYSE: GS), and most of Wells Fargo (NYSE: WFC) -- his portfolio remains firmly rooted in the sector. In fact, three of his largest holdings are Bank of America (BAC 0.24%), American Express (AXP 0.14%), and Moody's (NYSE: MCO).

Given Buffettʻs focus on value stocks, the financial sector, coming out of the recession, is a particularly good place to mine for deals right now. But beyond value, the Oracle of Omaha also looks for stocks with consistently strong return on equity, healthy margins, and a competitive edge in their industry -- to name some of his criteria. While Buffett has been mostly paring down his portfolio and building up his cash, don't be surprised if he and his investment team start putting that money to work soon. One option that fits the bill is Discover Financial (DFS 0.06%). 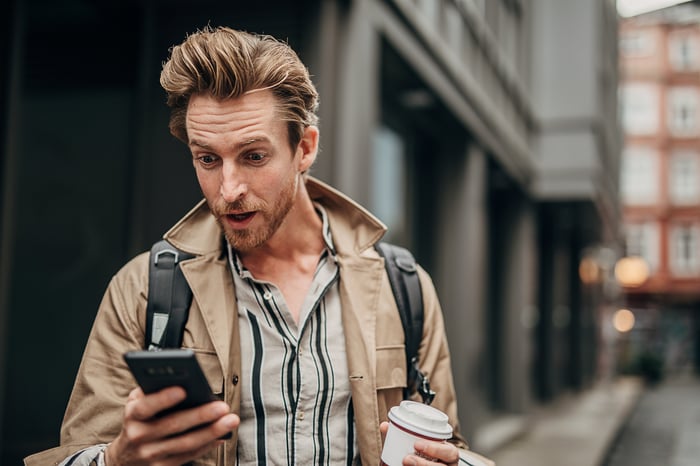 Buffett owns a stake in all three of Discoverʻs rivals but not in Discover, so he obviously likes the credit card sector. While his stake in Visa and Mastercard is relatively small, Buffett has a massive investment in American Express, about $26 billion as of March 31, the third largest position in the portfolio. Since Discover and American Express have similar business models, one would think that Discover would have some appeal to Buffett and his team.

Of course, a company has to have much more than a solid business model to make it into Buffettʻs portfolio. It also has to tick off a lot of the metrics and characteristics that he and his team look for -- starting with value.

Discover Financial is currently undervalued in relation to the growth it has experienced over the years and its anticipated growth. It has a low price-to-earnings (P/E) ratio of around 8 with a forward P/E of 9. In addition, it has an extremely low price-to-earnings-to-growth (PEG) ratio of 0.40, which means it is extremely undervalued. A PEG of 1.0 is considered fairly valued in relation to its growth expectations, while anything under 1 is seen as undervalued; anything over is considered overvalued. A PEG of 0.40 is not just low but very low -- too low considering its consistent growth.

The stock price is up about 38% year to date through August 2 and roughly 151% over the past 12 months. But Buffett is a long-term investor, so put those impressive numbers aside for the moment. He also looks at management effectiveness as measured by return on equity (ROE), or the rate of return that shareholders get on their investments. Discover has an ROE of 42.6% over the trailing 12 months; the average ROE in the banking industry is 13%. It also has an operating margin of 60%, the percentage of profit the company makes on revenue after expenses. This is a ridiculously high percentage, far more than the industry average.

Over the past 10 years, Discover has seen annual earnings grow by about 14% per year on an annualized basis, which shows its consistency. Along with its strong financials, Discover has a competitive advantage of being one of only four major credit card processors.

Over the next decade plus, Discover should benefit not only from its efficiency but from the ongoing digital-payments trend as more consumers and businesses move away from cash.

Warren Buffett hasn't made a lot of new investments in recent years, but Discover might be one stock he seriously considers.