Shares of Harmonic (HLIT) stock were soaring on Tuesday after the company beat analyst expectations on its second-quarter earnings results. Shares of the virtualized cable and video delivery supplier were up as much as 19.4% on the news. As of 11:26 a.m. EDT, the stock is up 15.7% on the day.

Investors were excited about Harmonic's results because the company generated adjusted earnings per share (EPS) of $0.05. Going into the report, analysts had been expecting the company to break even in the quarter. 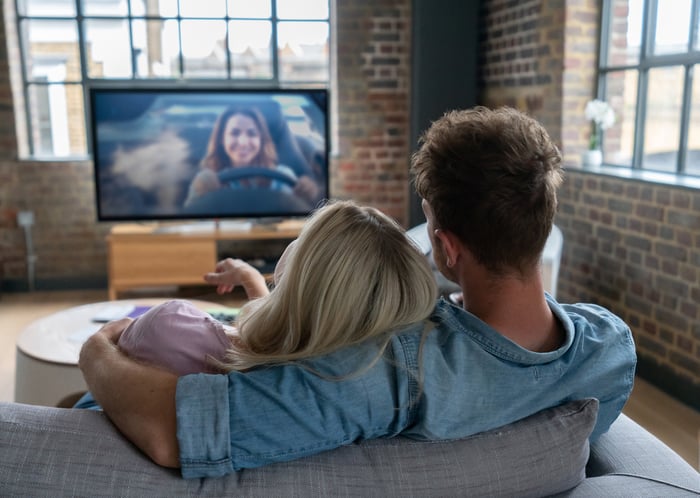 Harmonic's Q2 revenue grew 53% year over year to $113.4 million. The growth was driven by demand for its cable access segment, which hit $50.1 million in revenue last quarter, growing 89% year over year. Looking to the bottom line, Harmonic had a generally accepted accounting principles (GAAP) net loss of $2 million in the quarter but a non-GAAP net income of $6.6 million. Non-GAAP figures adjust for stock-based compensation, which is a noncash expense.

While these second-quarter numbers look solid, investors shouldn't be fooled by Harmonic's results and soaring stock. The company's revenue is projected to be down from 2011 and hasn't shown any signs of consistency over the past decade. What's more, Harmonic has failed to generate a positive annual net profit since 2013 while taking on almost $200 million in total debt.

These numbers aren't a recipe for long-term success in the stock market. Harmonic may have put up great numbers this quarter (at least, compared with what analysts were expecting), but history shows that these results might be fleeting.

Here's Why Harmonic Stock Is Down Today
376%