The lidar expert has become a so-called meme stock.

Shares of Microvision (MVIS -1.60%) fell 17.8% in July, according to data from S&P Global Market Intelligence. A drop or a jump of that magnitude often points to game-changing news, but it was really just business as usual for this ultra-volatile stock.

The maker of micro-display systems for augmented reality and lidar laser-scanning tools for autonomous vehicles had one minor news item to share last month. The company hired a seasoned automotive technology executive to head up its operations in Europe and the Middle East, opening up a new German office in the process. The stock fell 4% that day, while the market in general and lidar-sector peers in particular held relatively firm.

However, so-called meme stocks were crashing hard and taking Microvision along for the ride. This stock has become a favorite ticker of the Reddit group WallStreetBets, much like video game retailer GameStop and movie theater operator AMC Entertainment Holdings. That association has amplified Microvision's volatility. These tickers are prone to wild swings, often without any particular news item or data point serving as the trigger. That was Microvision's July in a nutshell, as the stock generally rose and fell in tandem with other meme stocks. 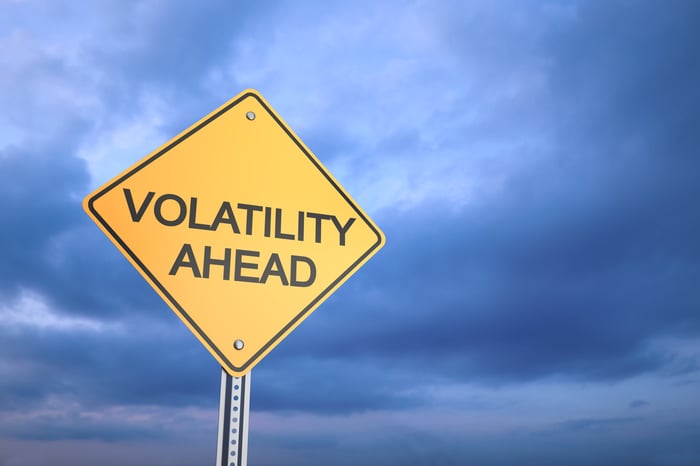 Microvision shares closed Tuesday's trading 55% below April's 52-week highs, but the stock also soared 898% above the lows from August 2020. These enormous swings still look calm next to AMC's 1,659% rebound from that stock's 52-week lows or GameStop's 3,724% recoil. The Lidar specialist reports second-quarter earnings after today's closing bell, but financial results are not terribly relevant to Microvision's market action. The company has reported a net loss of $14.9 million on a mere $2.1 million in top-line revenue over the last four quarters. The $2 billion market cap is built on Reddit whispers and dreams of extreme growth.