This cybersecurity darling recently went public through an IPO.

Shares of SentinelOne (S 0.85%) stock were up 16% in July, according to S&P Global Market Intelligence. The artificial intelligence focused cybersecurity company went public on June 30 through an initial public offering, valuing the firm at $10 billion. The stock popped 21% on its first trading day and has continued that momentum through July.

SentinelOne went public on the New York Stock Exchange, raising $1.2 billion to further its growth objectives. It currently trades at a market cap of approximately $13.5 billion. 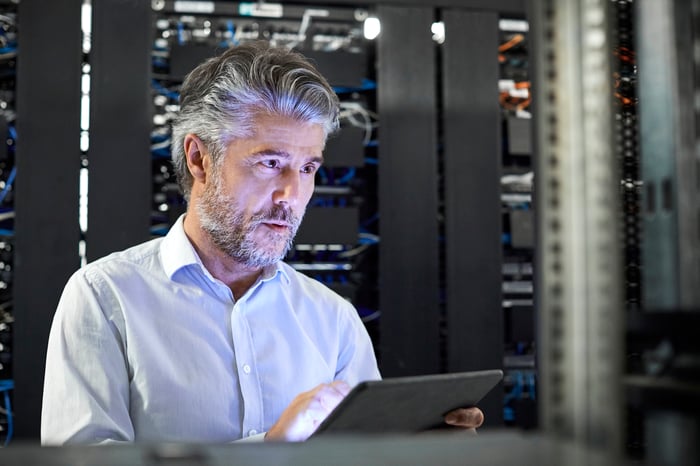 Investors were clearly impressed with SentinelOne's business and cybersecurity offerings. The company's Singularity Platform instantly defends against cyberattacks with AI, which can help companies and governments protect their data and operations. As was evidenced by the Colonial Pipeline hack in May, cyberattacks can have terrible consequences, and people will pay big bucks to prevent them from happening.

According to its S-1 filing (the SEC document all companies are required to submit before going public), SentinelOne has more than 4,700 customers and $161 million in annual recurring revenue. ARR grew an impressive 116% year over year in the first quarter and is up significantly from two years ago when ARR was only $39 million. Clearly, customers are flocking to SentinelOne, and quickly.

While SentinelOne is growing quickly, the stock trades at an extremely high valuation. For the fiscal year that ended in January, SentinelOne had $93 million in revenue (different than ARR) versus its current market cap of $13.5 billion. That gives the stock a trailing price-to-sales ratio of 145. With its fast-growing business, SentinelOne should be able to bring its P/S down over time, but no one should be buying into a stock trading at over 100 times sales, let alone profits. On valuation concerns alone, it is probably smart for investors to stay away from this stock at the moment.

Is SentinelOne Stock a Buy Now?

Tech Sell-Off: 2 Growth Stocks to Buy, and 1 Cryptocurrency to Sell
363%