Shares of The New York Times (NYT -1.67%) are up 9% in 12:55 p.m. EDT trading Wednesday after the Gray Lady reported significantly better second-quarter 2021 results than Wall Street had been expecting. 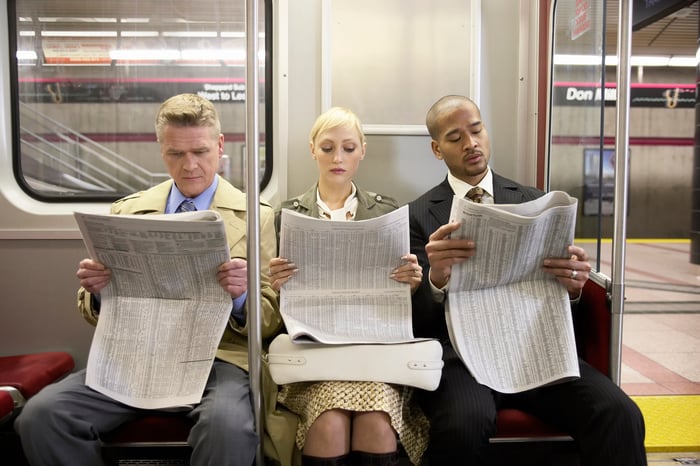 When subjected to the rigors of generally accepted accounting principles (GAAP), of course, NYT's earnings weren't quite that strong. Still, the company managed to more than double its Q2 earnings to $0.32 per share, despite sales rising only 23.5%.

How did it do that? By emphasizing the sale of "direct, paying subscriber relationships," and in particular, the sale of digital subscriptions. Management noted that NYT now has "more than 8 million paid subscriptions across our digital and print products," and it had 7.9 million of those subscriptions booked by the end of the quarter.

Going forward, investors can expect NYT to continue emphasizing growth in revenue from digital. For Q3, management forecasts 13% to 15% total revenue growth year over year, but 25% to 30% growth in digital subscription revenue.

Management didn't predict what this will work out to in terms of profit, but with operating costs expected to rise "18 percent to 20 percent" -- i.e., slower than digital revenue growth, but faster than overall revenue growth -- I'd say it's likely profits will decline in Q3.

The thing investors need to ask themselves now is whether NYT can keep increasing digital revenue fast enough, and long enough, to eventually offset those rising costs?