Please ensure Javascript is enabled for purposes of website accessibility
Log In Help Join The Motley Fool
Free Article Join Over 1 Million Premium Members And Get More In-Depth Stock Guidance and Research
By Alex Carchidi – Aug 5, 2021 at 7:39AM

It has everything to do with Aduhelm.

Since getting clearance from the U.S. Food and Drug Administration (FDA) for its Alzheimer's drug, Aduhelm, on June 7, Biogen (BIIB 0.56%) has continued to face an ever-intensifying whirlwind of controversy. Two weeks ago, I sold my shares after holding them since early November, booking a small gain.

The decision was several weeks in the making, and there wasn't any single development that convinced me to sell. Instead, I slowly realized that my initial investment thesis was incorrect. In my view, the company's future prospects of making winning drugs for intractable neurological illnesses had become tainted to the point where holding it was a liability. Given the exceptional circumstances of Biogen's saga with Aduhelm and its rapidly weakening stock performance, I thought it was time to hit the road. 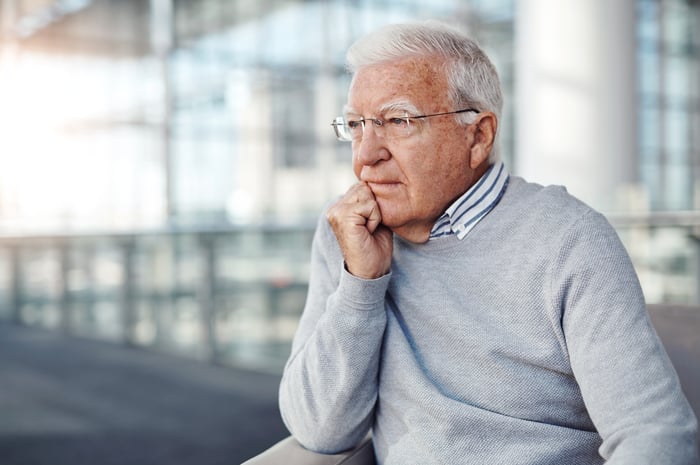 Aduhelm might not flop, but it's still a bad look

The largest factor in my decision to sell is that I lost faith in Biogen as a result of how it is handling the Aduhelm approval on several fronts. The most important of these is regarding Aduhelm's efficacy.

Biogen's clinical trials of Aduhelm demonstrated that the drug convincingly cleared patients' brains of beta amyloid, one of the proteins associated with Alzheimer's disease. But researchers have long known that clearing beta amyloid isn't sufficient for restoring -- or even improving -- a patient's cognitive capabilities.

And one of the FDA's advisory panels found that there wasn't convincing evidence that Aduhelm actually led to better outcomes for patients. Of course, that doesn't stop patients from experiencing the drug's real and sometimes severe side effects, like swelling and bleeding of the brain.

In summary, Aduhelm does something, but whatever it does isn't enough to reduce Alzheimer's symptoms, and it's unclear whether it can slow or halt the disease's progression. It's hard to believe that there could be a vibrant market for a drug that doesn't actually help people.

Despite knowing all of the above, Biogen decided to move forward with the approval process, thereby exposing its investors to additional risk. Per regulators, the company now has nine years to perform additional clinical trials to find evidence supporting the drug's benefits. If that future evidence solidifies the idea that Aduhelm's benefits are largely theoretical for patients, it'll lead to vastly less revenue and significant losses for shareholders.

Early pricing and revenue stumbles may just be the start

Then there's the issue of the drug's anticipated $56,000 annual cost. That's a huge price tag for something that hasn't been proven to work, and it'll be a hard sell to get Medicare and private insurance to cover it. And numerous healthcare systems, including the prestigious Cleveland Clinic, have opted to refrain from administering the drug until reviewing the existing data themselves. Sales will be slower to ramp up as a result.

Management is defending its decision to move ahead with Aduhelm by painting public criticism as being rooted in misinformation about everything from clinical trial design to regulatory matters and efficacy data analysis. And it says that the launch price of the drug was calculated "based on our belief in the impact of treatment," which, in view of the data about Aduhelm's impact on patients, inspires zero confidence. Furthermore, management actually has had nothing to say about the most important problem: Aduhelm doesn't appear to lead to clinically meaningful improvements for patients.

Still, it's true that Biogen has other Alzheimer's drugs in its pipeline, and other sources of revenue. But given the precedent it set with Aduhelm, it's difficult to be confident in the company's judgment about which projects merit moving ahead. And per its second-quarter earnings report, sales of its other approved drugs are faltering, with revenue dropping by 24.6% year over year. So there's a lot riding on Aduhelm, and right now it looks like the drug won't live up to expectations.

One important takeaway I got from my decision is that it's crucial to be self-aware when you're considering selling a stock.

In retrospect, I don't think that I would have had the presence of mind to sell my Biogen shares if my investment was in the red. At that point, the thought of billions of potential dollars in future Aduhelm sales would have kept me trapped, afraid of admitting that I'd made the wrong decision, as similar incidents have done in the past. Then, if losses continued anyway, I'd continue to lose more and more money while waiting for a turnaround.

Knowing that I could exit my position at a profit helped me to be more realistic about the stock's growth prospects in light of the issues I outlined. And while my loss aversion might have gotten the better of me (we'll see about that over the next few years), I don't regret not buying more shares after the Aduhelm approval.

3 Alzheimer's Therapy Stocks to Invest in
360%