Shares of Opendoor Technologies (OPEN -8.44%) dropped 16.4% in July, according to data from S&P Global Market Intelligence. There wasn't much in the way of business-specific news driving the sell-off, but macroeconomic concerns prompted a significant pullback for the company's stock price. 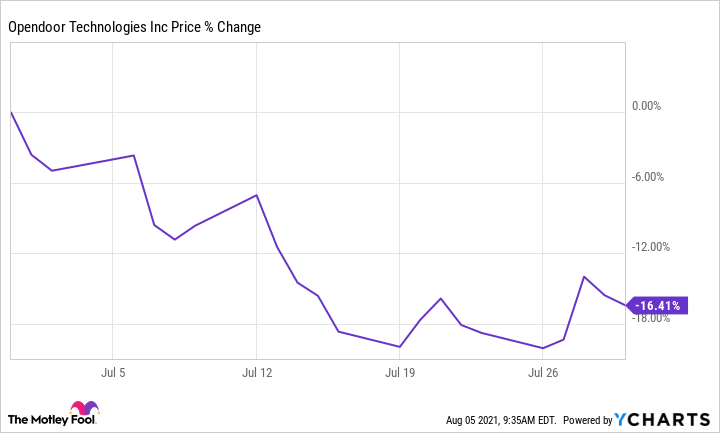 While the Nasdaq Composite index closed out the month up roughly 1.2%, these gains were largely powered by large-cap tech names including Apple, Alphabet, and Microsoft. Smaller, growth-dependent tech stocks generally had a tougher time, and Opendoor Technologies stock lost some ground in conjunction with market trends in the month. 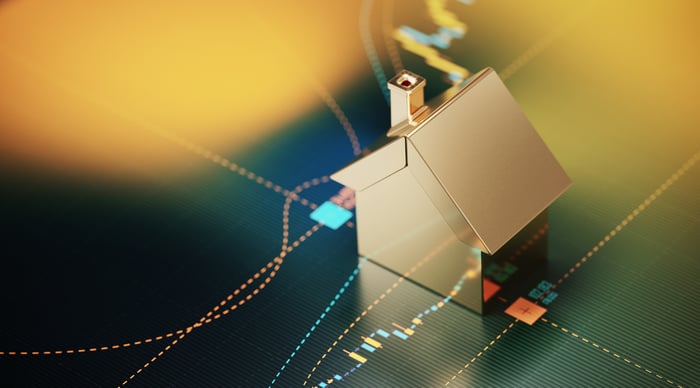 July was a month of volatile trading for many small- and mid-cap tech stocks. Concerns related to faster-than-anticipated inflation and a surge of new confirmed coronavirus cases prompted investors to seek out stocks with lower risk profiles. Data released by the U.S. Census Bureau near the end of the month also indicated that the housing boom may have started to wane, with news that sales of newly built homes had dropped in June.

Opendoor Technologies stock has continued to lose ground early in August's trading. The company's share price is down 2.8% in the month so far. 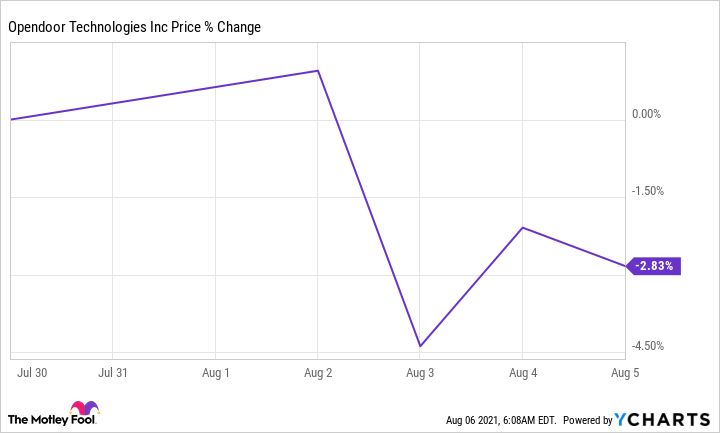 Opendoor Technologies is scheduled to publish its second-quarter results after the market closes on Aug. 11. The company is guiding for sales to come in between $1.025 billion and $1.075 billion, it expects its adjusted earnings before interest, taxes, depreciation, and amortization, or EBITDA, to be between a loss of $5 million and a gain of $5 million. Opendoor has a market capitalization of roughly $8.3 billion and is valued at approximately 1.5 times this year's expected sales.

For a company that was posting impressive growth prior to the pandemic and is currently demonstrating impressive rebound momentum, that price-to-sales ratio looks pretty low. The kicker is that there's still some doubt about whether the business will be able to shift into delivering consistent profits.

Opendoor's service allows homeowners to quickly and easily sell their properties, and this convenient, digital-focused offering could still have a huge runway for growth. However, profitability has been weak despite the strong housing market, and it's not clear whether the company has a lasting moat. Investors should approach Opendoor with the understanding that the stock has big upside, but it's not necessarily as cheap as it appears at first glance.

How Big Is Opendoor's Opportunity? 2 Charts You Need to See
366%