Investors should brace themselves for slower growth as economies start opening up.

Shares of Etsy (ETSY 0.79%) fell by 10.8% in July, according to data provided by S&P Global Market Intelligence

Shares of the e-commerce company have fallen from a high of $244 in March, and are now up just 6.6% year to date. 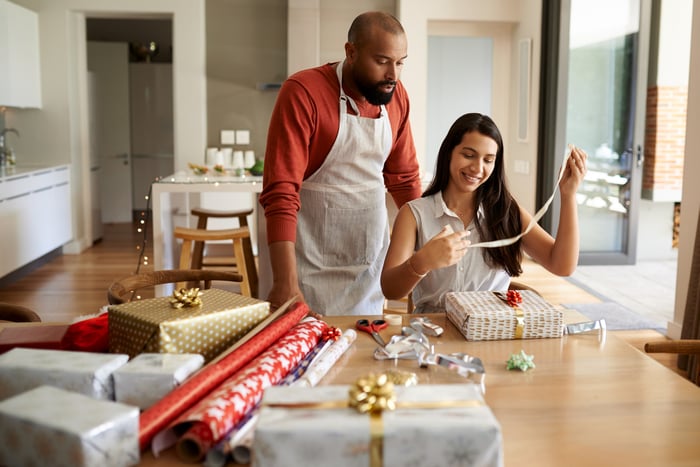 Investors were probably expecting growth to moderate for the company in the second quarter due to a high base effect. Recall that the first quarter of 2021 saw revenue surge by 141.5% year over year to $550.6 million, while gross merchandise sales jumped by 132.3% year over year to $3.1 billion.

Expectations were elevated as Etsy had logged stellar growth numbers in 2020, and the company had also announced back-to-back acquisitions of Depop and Elo7, a global fashion resale marketplace and a top 10 e-commerce site in Brazil, respectively, in June. Some of this enthusiasm had faded out by July as investors realized the need to integrate both acquisitions and that an uplift in earnings may take time to materialize.

Etsy's growth for the second quarter did come in weaker compared to the previous quarter, with revenue increasing by 23.4% year over year and net income inching up just 1.9% year over year. Despite the expected moderation in growth rates, habitual buyers, defined as those with six or more purchase days and $200 or more in spend in the last 12 months, still more than doubled year over year. This increase is an encouraging sign that Etsy's platform is stickier, thereby attracting more repeat buyers.

The company has also announced its "Star Seller" program to encourage good customer service, with promised rewards to sellers who make it to this list. Being a star seller comes with perks such as having more chances to be featured, thereby providing more opportunities for increased sales.