Please ensure Javascript is enabled for purposes of website accessibility
Log In Help Join The Motley Fool
Free Article Join Over 1 Million Premium Members And Get More In-Depth Stock Guidance and Research
By Rhian Hunt – Aug 6, 2021 at 8:45AM

Despite some good results, there's one key metric potentially spelling trouble for Monarch.

Casino traffic is surging after the end of COVID-19 lockdowns, but Monarch Casino & Resort (MCRI 1.88%) remains overshadowed in the news by giants such as Caesars Entertainment (CZR 0.35%). Nevertheless, this plucky family owned casino company with a $1.15 billion market cap shows a healthy growth trajectory in its latest results. But with news about the delta variant, there's one potential landmine lurking in its balance sheet potential investors should be aware of.

Monarch is cashing in on multiple trends

First and foremost among Monarch's positive attributes, it's bringing home the bacon in terms of both the top and bottom line. Even among companies rebounding from pandemic lows, its 544.8% leap in revenue from $15.16 million in the second quarter of 2020 to $97.72 million in Q2 2021 stands out. Zooming out to the first six months of the year still shows a 161% year-over-year rise in revenue. Despite having just two locations, one in Black Hawk, Colorado, and the other in Reno, Nevada, the company's diluted earnings per share came in 86% higher year over year, jumping from $0.50 to $0.93. EPS rose 54.6% for the six months ending June 30.

Some of the boost apparently comes from the Black Hawk City Council allowing more games and lifting a previous ban on wagers above $100. With a new poker room and removal of betting limits, CEO John Farahi said the "property as a whole is experiencing capacity constraints during peak demand" -- a good problem to have, and one the company is addressing with a remodel intended to "increase casino space by approximately 25% and restaurant seating by approximately 35%" by the end of 2021. 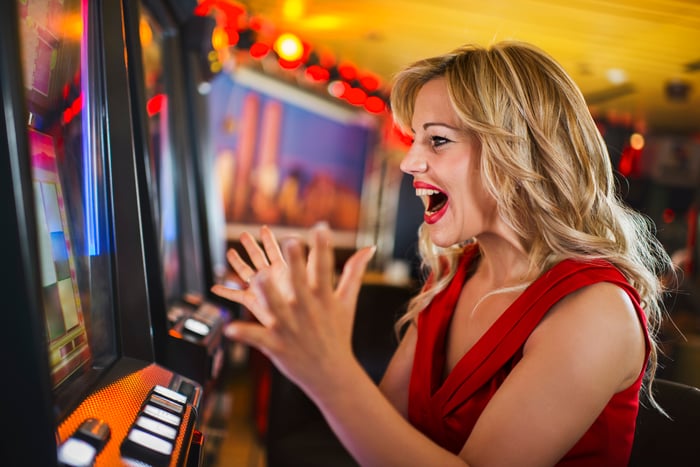 Renovation and remodeling is also underway at the Reno facility, with Farahi saying that Reno "spend continues to increase and we have seen strong demand across all segments of our business." These internal investments are being paid for with operating cash flows, not borrowing. The company has about $28.3 million in cash on hand for any investment opportunities that arise.

One factor that's intangible from the perspective of cut-and-dried metrics, but could be important to Monarch's ongoing success, is its leadership. As a family owned business run by the Farahis, Monarch has a consistent strategy. This strategy has seen its performance climb above the S&P 500 in early 2017 and remain there, with the exception of March to mid-April 2020 during the initial coronavirus panic. As of the last trading day in July, its five-year returns were 174.6%, and before the recent dip they were over 212%, approximately double those of the S&P 500 during the same half-decade.

A demographic shift in Monarch's favor

With more people leaving California than moving there for the first time since 1995, Colorado and Nevada -- where Monarch's casinos are located -- are popular destination states. These potential customers from the Golden State may add to Monarch's future earnings potential.

Tech jobs and a lower cost of living compared to the coasts are luring people to Colorado, with U.S. Census Bureau figures indicating its population has risen 14.8% between 2010 and late 2019. According to Business Insider, citing soaring real estate sales figures and other data, affluent millennials are flocking to Colorado. Real estate inventories in major Colorado cities fell by between 7% to 28% in late 2020 by Zillow figures.

While millennials gamble less than earlier generations, they are still contributing to state population growth. Those who do gamble prefer poker and blackjack, according to International Business Times, which meshes well with Monarch's expansion of its poker facilities and the Black Hawk City Council's recent permission for casinos to operate these card games. 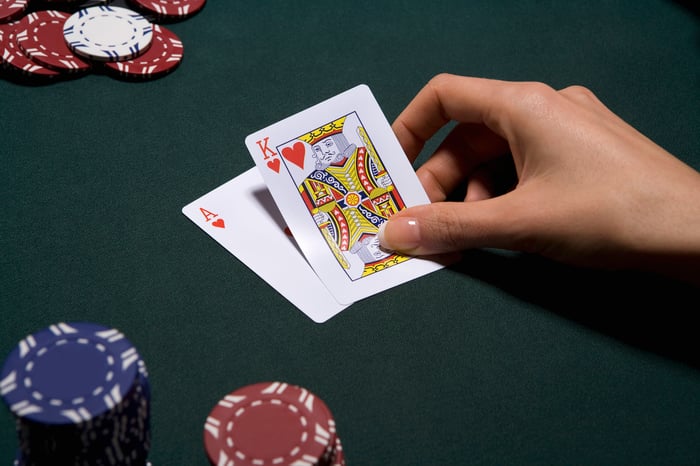 Nevada is also experiencing a population boom as of early 2021, with 43% of new residents arriving from California according to Nevada Department of Motor Vehicle data cited by the Las Vegas Review-Journal. Nevada is a popular destination for baby boomers, with 31% of new state residents in 2016 coming from the baby boomer generation according to the Reno Gazette Journal. Around 80% of baby boomers admit to having gambled at some point, and notably spend 23.5% of their vacation money on gambling, compared to millennials' 8.5%.

Demographics and an inflow of people with money, specifically millennials with tech sector jobs and retiring baby boomers, to the states where Monarch operates appears to be another long-term positive driver the casino's profitability.

The hidden vulnerability in its balance sheet

Some investors fear new lockdowns may be on the way as a result of the delta variant of the coronavirus.

Whether or not the latest scare will result in widespread government lockdowns and business closures again in the Southwest, where Monarch Casino operates, remains an open question. Even partial shutdowns in the form of capacity limits could reduce its revenue, a fact apparently reflected in its recent stock market dip.

The risk this creates for Monarch Casino relates to its debt. Curtailment or closure of physical gambling triggered by a COVID-19 variant could affect Monarch more than some of its bigger rivals like MGM Resorts International, which have gone all-in on the essentially coronavirus-proof online sports gambling market.

While Monarch's current ratio points to some potential risk lurking under its generally upbeat metrics, this may be mitigated by some other factors. The casino paid off $22.5 million of its loans early during Q2, bringing the total paid to $25 million, while it owes nothing on its $70 million revolving credit facility. This follows a $20 million voluntary optional prepayment in the first quarter.

Furthermore, its long-term debt situation shows it passed through the COVID-19 pandemic without the massive borrowing some of its bigger rivals were forced to turn to. Its total debt-to-equity ratio is 36.6, a far cry from Caesars Entertainment's approximate 574.1 total debt to equity, MGM Resorts' 194, or Wynn Resorts, whose equity is negative while carrying $12 billion in debt.

While Monarch's short-term debt might be a concern with the delta variant of COVID-19 increasing, Dr. Anthony Fauci said in an Aug. 1 ABC News interview a nationwide lockdown response is unlikely. This doesn't mean the administration couldn't change its mind later, or that Colorado and/or Nevada couldn't impose state capacity restrictions or lockdowns, but the odds are probably favorable to Monarch dodging this bullet. Assuming little or no impact, its successful performance, expansion of its facilities, easing of local gambling laws, and the surge of baby boomers and affluent millennials into its home states all look like catalysts for long-term growth.

Add in the fact the global gambling market grew more than 10% between 2020 and 2021, and is expected to grow at a 7% compound annual growth rate to nearly $675 billion by 2025 according to ResearchandMarkets.com data, and Monarch Casino looks like a potentially bullish pick for casino stock investors.