The company received a thumbs-down from the FDA for its lead pipeline candidate.

Shares of Spectrum Pharmaceuticals (SPPI -0.51%) were crashing 26.3% lower as of 11:14 a.m. EDT on Friday. The big decline came after the company announced that the U.S. Food and Drug Administration turned down approval of Rolontis in treating neutropenia in patients receiving cancer drugs that decrease bone marrow activity.

There's good news and bad news for Spectrum with the FDA's rejection of Rolontis. The bad news is obvious: Spectrum won't be able to market the drug as soon as it would like. The good news, though, is that it isn't the end of the road for Rolontis. 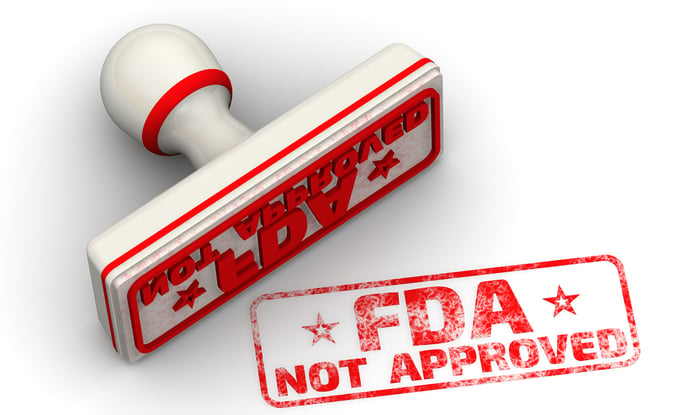 The FDA's complete response letter didn't raise issues about the safety or efficacy of Spectrum's drug. Instead, the agency mentioned manufacturing concerns that will require another inspection of the company's facility.

Spectrum stated in a press release that it plans to meet with the FDA as soon as possible to receive more clarification on the manufacturing issues. "We are disappointed with this outcome and look forward to fully understanding the remediation timelines for the program," CEO Joe Turgeon said in a statement. "We continue to believe in Rolontis and plan to diligently complete the regulatory process to bring Rolontis to market."

The biotech stock could have another positive catalyst in the meantime, though. Spectrum hopes to file for FDA approval later this year for poziotinib in treating non-small cell lung cancer.