Tilray announced a surprise profit in its first financial report since its merger with Aphria.

An interesting development occurred in the cannabis sector last month with a new proposal from congressional leaders in the U.S. to decriminalize marijuana. That's what many proponents have been waiting for, with a Democrat in the White House and the party having a majority in Congress. But support for the proposal didn't go as planned, and Canadian cannabis stocks took a hit.

Though there was some good news on the earnings front last month, one thing that continues to move Canadian marijuana stocks is the progress -- or lack thereof -- of federal legalization in the U.S. And there was a potentially important development in July. 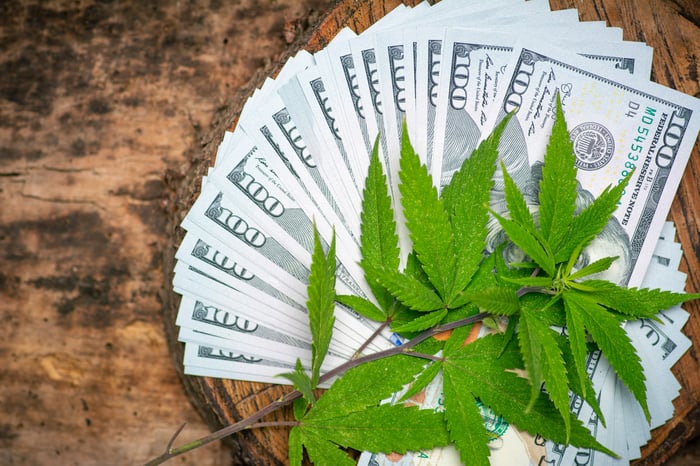 Sen. Chuck Schumer and two other Democratic senators drafted a new bill that aims to legalize pot at the federal level and remove marijuana from the Controlled Substances Act. That would be a transitional development for Canadian companies, opening a huge new market. Some, including Tilray, already have business relationships in the U.S. providing them infrastructure to be ready to sell cannabis should federal approval occur.

But after the new bill was drafted, President Biden's press secretary Jen Psaki addressed the topic, stating, "There's no new endorsements of legislation to report today." Lack of support from the president doesn't bode well for any near-term change in policy.

Canadian cannabis companies have been struggling to rebound from pandemic restrictions that continue to impact their businesses into 2021. On June 14, 2021 Hexo reported growing losses year over year on net sales that increased only 2% for its quarterly period ended April 30, 2021. Hexo CEO Sebastien St-Louis said it had been a "challenging quarter" due to a new wave of COVID-19 infections in Ontario during the quarter and subsequent restrictions on retail operations.

Tilray had some better news from its first quarterly financial report since it closed its merger with Aphria. The company said cannabis revenue grew 55% in its fiscal fourth quarter, and it has gained market share sequentially each month since April 2021. More importantly, Tilray logged a profit with net income of $33.6 million, when analysts expected a loss for the period. The stock rallied on the news, but it wasn't enough to put it in the black for the month.

As Tilray's results show, these businesses aren't completely reliant on the U.S. Tilray has been expanding beyond Canada in Europe and investors hope that expansion will also profitably grow the company. Sundial Growers reports its second-quarter financial results on Aug. 12, when investors will get a better idea of how its Canadian sales continue to navigate the pandemic impacts. But any progress in the U.S. toward legalization will remain a major factor in how these stocks will perform in the near future.

Tilray Brands Is Partnering With Another U.S. Cannabis Company
349%