If these companies' historical performance is any indication, this goal seems achievable.

Let's give credit where it's due: Only a handful of companies have a market cap above $1 trillion. And given how exclusive the club is, this accomplishment is nothing short of amazing. But for investors who missed out on these businesses, other companies out there could join this circle within the next 20 years. 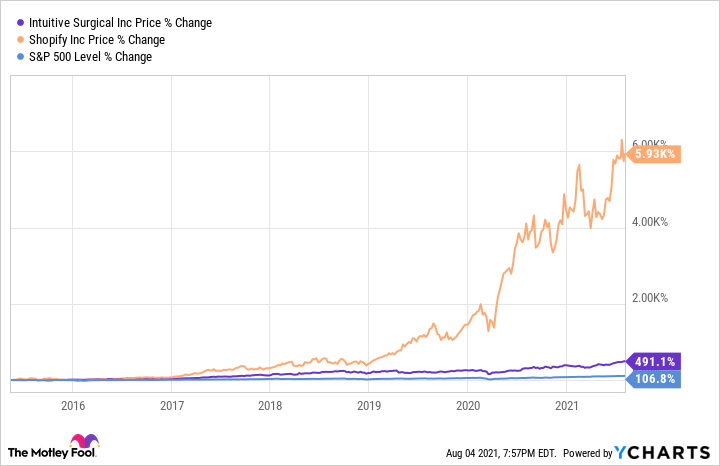 Medical device specialist Intuitive Surgical is riding the wave of an industry ripe for growth: robotic-assisted surgery. As of June 30, 6,335 of its da Vinci systems had been installed worldwide, a number that will continue climbing. And while competition will likely heat up in this industry in the coming years, Intuitive Surgical has already built a strong moat to help it fend off would-be challengers.

The company benefits from a first-mover advantage. The da Vinci system was first cleared by the U.S. Food and Drug Administration (FDA) in 2000, and Intuitive Surgical has been making a name for itself in this market ever since.

Second, it has powerful intangible assets (notably patents, copyrights, and other forms of intellectual property) that protect against competitors. The company has more than 4,000 patents in the U.S. and abroad covering its robotic-assisted surgery device and accompanying accessories. 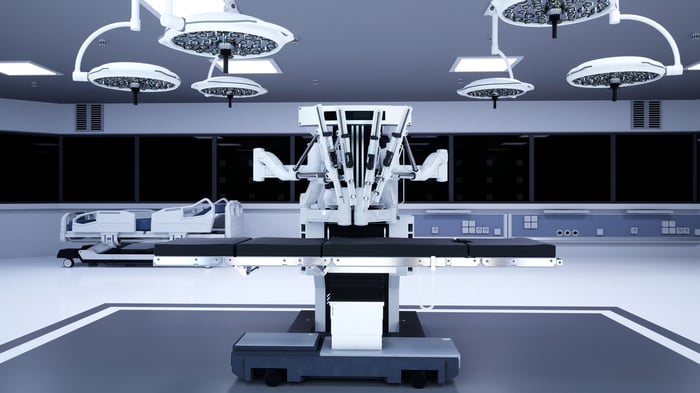 Third, Intuitive Surgical benefits from high switching costs. A da Vinci system costs between $500,000 and $2.5 million. And that's not taking into account the instruments and accessories that need to be purchased, which are tied to the number of procedures performed by each robot.

Once a hospital has spent all this money on a da Vinci, switching to a competitor takes a lot of convincing. And even if a device breaks down, fixing it (a service Intuitive Surgical also provides) is probably cheaper than switching altogether. In other words, Intuitive is almost certain to retain the bulk of the customers it already has while adding new ones.

These factors ensure that the company will remain a leader in its field for many years to come, even if there are scores of new entrants. According to some estimates, the robotic-assisted surgery market will expand at a compound annual growth rate of 21.6% through 2028 and continue on its upward trajectory from there.

Intuitive Surgical is ideally positioned to benefit. That's why the company's market cap has a shot at hitting $1 trillion by 2040. It's also why purchasing shares of this healthcare stock today is a great idea.

Shopify has been a market darling since its initial public offering (IPO) in May 2015. Powered by solid revenue growth and an attractive business model, the company's shares are up by 5,930% since then. The S&P 500 has gained a comparatively unimpressive (but otherwise respectable) 106.8% in the same period. If Shopify's stock continues at a pace that even approaches that of the past six years, the $1 trillion mark is well within reach by 2040.

And much like Intuitive Surgical, the tech company has built a strong competitive advantage to help it along the way. Merchants come to Shopify to create an attractive e-commerce storefront for their businesses. The company provides a lot more than that, including shipping solutions, physical point-of-sales systems, digital payment options, marketing help, and much more.

Its mission is clear: offer whatever entrepreneurs need to run their businesses. It has several hundred apps to meet the unique needs of each merchant. 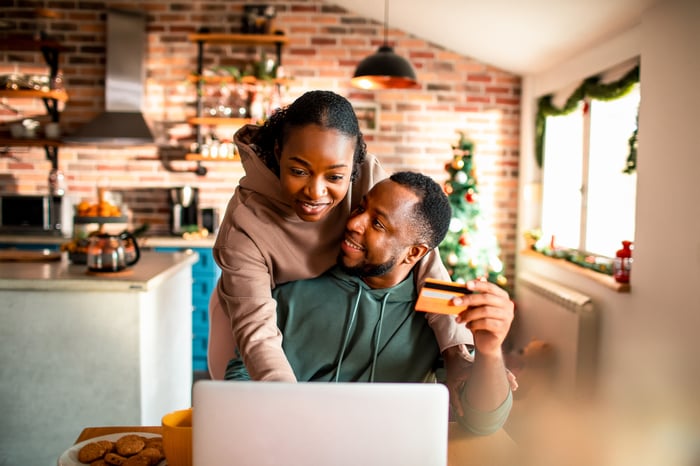 Therein lies Shopify's strength. The platform benefits from high switching costs. Building a storefront and customizing it with a suite of services and apps takes work. Switching to one of Shopify's competitors would mean having to restart the project from scratch, not to mention the potential business disruptions that might come with it.

Shopify's moat, coupled with the rapid growth that e-commerce is poised to experience, will translate to strong financial results and market-beating performance from here on out. Investors shouldn't miss out on this opportunity.

While I think both Shopify and Intuitive Surgical have a shot at reaching a $1 trillion market cap by 2040, investors shouldn't focus too much on this metric. A lot can happen in 20 years.

But even if they fall short of this goal, I am confident that both will perform well nonetheless. That's why Shopify and Intuitive Surgical are among my highest-conviction holdings.