The multiplex operator is still a 15-bagger this year, but it's going to need a strong earnings report on Monday to keep and build on those gains.

It's been a wild year for AMC Entertainment Holdings (AMC -9.40%), and the volatility is only to get more intense this week. The country's leading multiplex chain reports fresh financials shortly after Monday's market close, and it matters.

AMC enters the new week trading 55% below the all-time high it hit two months ago, but the shares have still popped 15-fold year to date. AMC continues to be one of this year's top-performing stocks, and an impressive financial update could get the stock moving again in the right direction. 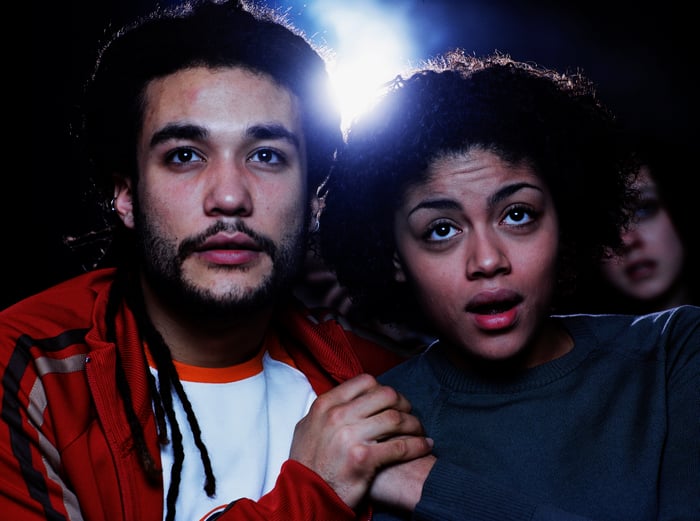 Investors won't have to wait long to see how the week is going to go. The shares will be volatile during Tuesday's trading session following its Monday afternoon report.

The average of the eight analysts putting out estimates expect AMC to post $375.3 million in revenue for Monday's second-quarter report. The year-over-year comparison will be easy as the chain was closed for the months of April, May, and June last year. AMC delivered just $18.9 million in revenue with its operations essentially on hiatus during last year's second quarter.

The two-year comparison is the better measuring stick, and it's not going to be pretty on that front. If AMC lands where Wall Street pros are perched we're looking at a 75% decline from the more than $1.5 billion it rang up during the second quarter of 2019.

The bottom line-results will also take a bit more digging beyond the headline numbers. The consensus calls for AMC to serve up its eighth consecutive quarterly loss. The $0.93 a share deficit that analysts are targeting is a lot less than the $5.38 loss it posted a year earlier when its theaters were shuttered, but -- here's the dagger -- the outstanding shares have popped fivefold.

Put another way, the $561.2 in red ink it posted for the second quarter of last year was divided into 104.3 million shares to arrive at the per-share figure of $5.38. There are 513.3 million shares outstanding now. The actual weighted share count used will be somewhere between the 400 million it reported at the end of the first quarter and the 513.3 million it had at the end of its last stock offering in June. We may be talking about an 83% contraction in net loss on a per-share bases, but the actual deficit should still be roughly between $370 million and $475 million. It's not exactly a moment to celebrate, and the two-year comps will be cruel, as the second quarter of 2019 was the last time that AMC was profitable.

CEO Adam Aron will naturally talk about market share gains, as AMC is faring better than the competition in ramping up the chain and galvanizing its more than 4 million retail investors. He may also play up that the second weekend of July was the industry's best showing in the country since Presidents' Day weekend in February of last year, but box office receipts are still falling woefully short of 2019 ticket sales. Aron will also likely discuss exclusive deals to replay music concerts on its screens, starting with Chance the Rapper and Halsey later this summer.

The Q&A session that follows the prepared remarks in the earnings call will be interesting and possibly even entertaining. AMC is allowing the public to offer up questions, and most popular query right now is about bringing back the dividend it suspended when the pandemic hit. It's a ludicrous question since AMC is likely years away from returning to sustainable profitability. There are also more mouths to feed with quarterly distributions as the share count has exploded fivefold since its last payout.

The third most upvoted question is about rolling out drive-in theaters. The fifth top entry is if AMC can decrease its debt without issuing even more shares. It's hard to tell if these folks are trolling Aron or just out-of-touch and inexperienced investors.