The business environment Disney operates in may has changed for good. Can the company successfully navigate the change?

Holding or adding to an investment in Walt Disney (DIS 0.85%) has been fraught with risks over the past 18 months. Just about every aspect of its business was severely constrained or even shut down at various points thanks to the pandemic. These days, it seems like Disney's recovery will continue to come in fits and starts.

Disney management made good decisions early in the crisis when it moved to shore up the balance sheet by suspending the dividend and raising new capital, and accelerated the expansion of its Disney+ streaming television service. But risks remain, and it is worth exploring to see if they can be overcome to help the stock outperform the S&P 500 index over the next 10 years, as it did in the past 10. 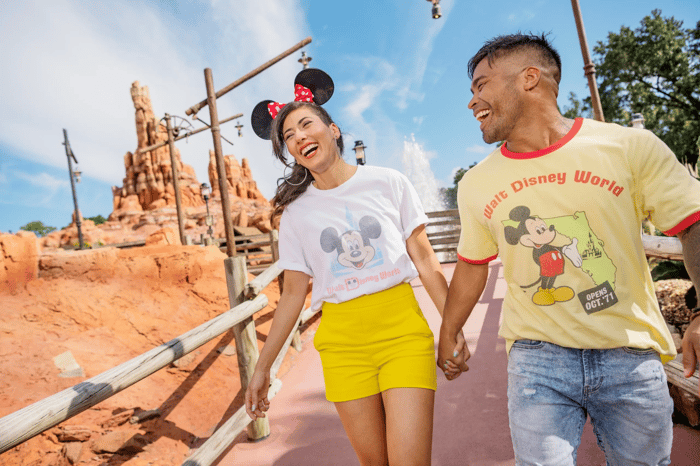 The irony of the recent spat between Disney and Black Widow star Scarlett Johansson wasn't lost on investors. The award-winning actress is suing Disney claiming her contract was breached when the company released the highly anticipated movie for purchase on Disney+ at the same time as in theaters.

After the lawsuit was announced, Disney's stock price dropped for five straight days, lowering it almost 4% in value -- a much bigger potential hit to the bottom line than what Johansson claims she didn't receive in compensation for her work. Its streaming service, which was thought to be the one shining star during the painful pandemic as membership accelerated beyond expectations, suddenly turned into a new and very public risk.

Disney's direct-to-consumer portion of its media and entertainment segment has jumped 65% year over year in the first six months of 2021. That has been largely driven by the growth in Disney+. As of April 3, the company has grown the service to 103.6 million paid subscribers just about 18 months after it was launched. But the growth rate began to slow in the most recent quarter, which disappointed investors.

Now the situation is even more complicated, with a lawsuit that Disney says lacks any merit. But even if the company wins the argument on legal grounds, it could generate negative publicity for movie fans, and could also change the company's movie distribution strategy.

Reopening takes a step back

The streaming strategy and its potential to boost future profits has received much publicity since Disney+ launched, but the overall business still heavily relies on Disney's theme park operations. Before the pandemic, the parks segment contributed 38% of revenue for the fiscal year ended Sept. 28, 2019. In the first six months of 2021, that share of overall revenue was down to 21% as parks slowly reopened and with some capacity limitations.

Now the delta variant is causing a new surge in COVID-19 cases. As a result, Disney has reinstated an indoor mask mandate for all theme park guests in the U.S. above 2 years of age, and the rebound in the parks business has become more uncertain. Another area of the company affected by the status of the pandemic, of course, is Disney's cruise business. There's no question that risks remain for the company as long as the pandemic continues.

Why it's worth the risk

Investing in any equity involves risks, and these are unique. The company now estimates it will be on the path to operating Disney+ at a profit in fiscal 2024, but that isn't a given. And without knowing how the rest of the business will rebound makes it hard to put a short- or even medium-term valuation on the stock.

But the company has proved it can succeed in the long term. As previously mentioned, it has handily beat the S&P 500 over the last decade. 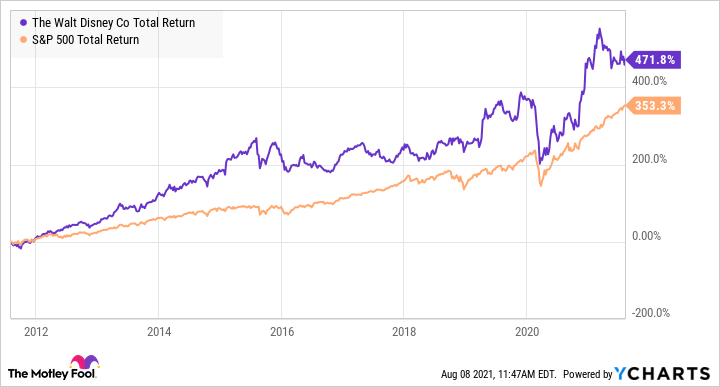 At some point, the pandemic will officially end. Also at some point, Disney will feel confident enough to either reinstate its dividend or use excess cash flow to invest back in the business -- or a combination of both.

Long-term investors should feel confident that the brand will remain strong enough to support whatever direction the business takes in the future. That brand and the diverse businesses built around it are what make investing in Disney worth the risk in a portfolio constructed for the long term. The company will report its fiscal third-quarter earnings on Thursday, Aug. 12, when investors will get a fresh update on the progress back for all the company's segments.