Please ensure Javascript is enabled for purposes of website accessibility
Log In Help Join The Motley Fool
Free Article Join Over 1 Million Premium Members And Get More In-Depth Stock Guidance and Research
By George Budwell – Aug 9, 2021 at 11:28AM

An unexpected regulatory setback is weighing on the biotech's shares today.

Shares of Axsome Therapeutics (AXSM -5.22%), a mid-cap biotech, are down by a hefty 41.4% as of 10:08 a.m. EDT Monday morning. The drugmaker's shares are tumbling today in response to a disappointing regulatory update for AXS-05 as a potential treatment for major depressive disorder (MDD).

Specifically, Axsome revealed during its 2021 second-quarter earnings release this morning that the U.S. Food and Drug Administration (FDA) had notified the company on July 30, 2021 that it has identified deficiencies within the drug's regulatory application that preclude discussion of labeling and post-marketing requirements at this time. A final decision on AXS-05's regulatory review for MDD is currently slated for Aug. 22, 2021. 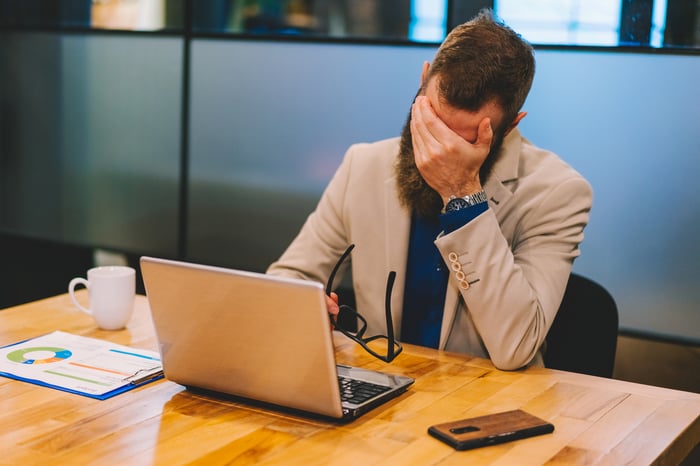 Wall Street expects AXS-05 to rake in over $1.3 billion in sales per year by the end of the current decade. With this sizable revenue stream now in question, it's not altogether surprising that some shareholders are hitting the exits today. That said, Axsome did note in its Q2 earnings release that the FDA has yet to communicate any specific details in regards to the application's deficiencies. In other words, shareholders might be making a mountain out of a molehill.

Is Axsome's stock a bad-news buy? Bargain hunters may indeed want to take advantage of this sharp pullback in the biotech's share price today. Axsome, after all, has multiple irons in the fire outside of its lead product candidate, and this regulatory setback could prove to be nothing more than an unfortunate delay in AXS-05's ultimate approval for MDD.