Please ensure Javascript is enabled for purposes of website accessibility
Log In Help Join The Motley Fool
Free Article Join Over 1 Million Premium Members And Get More In-Depth Stock Guidance and Research
By Jim Halley – Aug 9, 2021 at 8:27AM

The company's noninvasive skin genomics platform has great potential, but its losses have made investors wary.

It's easy to see that the growth stock overheated a bit early this year and when investors pivoted a bit from growth stocks to value stocks, DermTech's share price was one of the casualties. 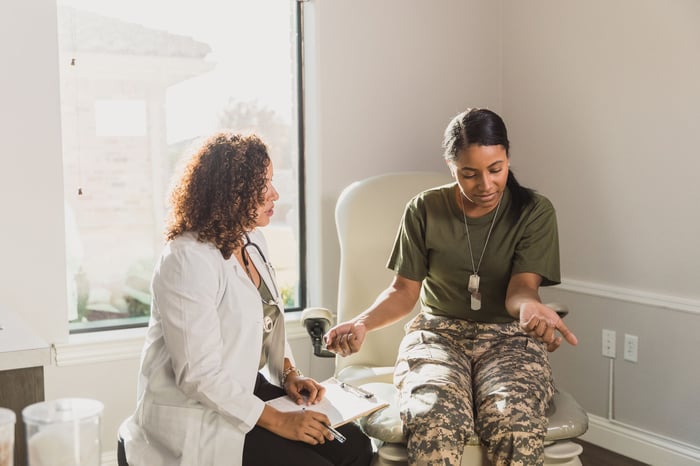 Though the company's sales have improved dramatically this year, the problem is the spending it took to get there. DermTech's second-quarter numbers show it lost $32.2 million in the first six months of 2021, nearly twice as much money as it did the same period in 2020.

Revenue through six months was $5.1 million, up 135% year over. That's great, but that's still not a lot of revenue after the company more than doubled it sales and marketing spending in that period to $14.4 million, compared to $6.3 million in 2020.

DermTech's adhesive skin patch pigmented lesion assay to determine skin cancer is a disruptive technology that its studies say produces far fewer false positives for skin cancer and other skin conditions. It's also less invasive than traditional testing methods. The company has great potential, but it's a long-term play. Much of the company's valuation is driven by the company's prospects for growth.

According to the Skin Cancer Foundation, more people are diagnosed with skin cancer than all other cancers combined, and 1 in 5 Americans will develop skin cancer by the age of 70.

While no one likes to see a company with increasing net losses, there's not that much to worry about with DermTech. The company is spending money to grow its brand, doubling its sales force and concentrating on introducing its product to dermatologists. Obviously, this is increasing sales and at some point, the increased revenue from sales will make the company profitable. In the meantime, the company has $258 million in cash, enough to last it four more years at its current burn rate.