Please ensure Javascript is enabled for purposes of website accessibility
Log In Help Join The Motley Fool
Free Article Join Over 1 Million Premium Members And Get More In-Depth Stock Guidance and Research
By Howard Smith – Aug 10, 2021 at 10:49AM

A major Wall Street firm thinks the stock could go to $90.

Electric vehicle start-up Fisker (FSR 0.28%) hasn't yet sold a vehicle, and doesn't plan to begin production until November 2022. But a notable analyst with Morgan Stanley thinks the company's strategy is sound, and resumed coverage with the equivalent of a buy rating, reports StreetInsider.com. As a result, Fisker shares popped almost 30% at the start of Tuesday's market session. As of 10:25 a.m. EDT, shares remained up more than 20%.

Morgan Stanley analyst Adam Jonas told clients he has a $40 price target on Fisker, representing 166% upside versus Monday's closing price. In addition, due to Fisker's strategy to contract out the capital-intensive manufacturing process, Jonas has a bull-case scenario that he said could make the stock worth $90 per share. 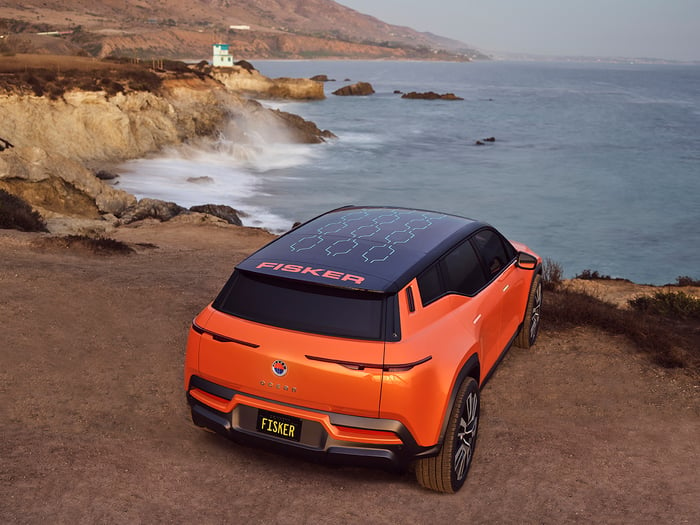 Fisker is taking a fairly unique approach compared to most other electric car makers. It has a long-term manufacturing agreement with Magna International for its Magna Steyr subsidiary to produce the Fisker Ocean electric SUV in its plant in Austria. Magna Steyr works with several global automakers to develop and build vehicles on a contractual basis. Jonas believes Fisker will use that strategy "to derisk the ramp, accelerate time to market, and provide a path to scale and profitability."

That optimism mirrors what the company believes. When the two companies announced the long-term manufacturing agreement in June 2021, CEO Henrik Fisker touted the relationship that teams up software engineers in California with the manufacturing team in Austria. "Our asset-lite model, reinforced by partners like Magna, is powering Fisker toward its planned delivery of the Ocean with features and functions exceeding our original aspirations," he said.

Still, there is a lot of confidence involved in valuing the stock at even $40 per share. That implies a market capitalization of almost $12 billion. Investors should remember that, and realize the story may still take a long time to play out.