The factual entertainment provider turned in a solid quarter, keeping it on pace for a big year of growth.

Yesterday CuriosityStream (CURI -1.55%) delivered second-quarter results that were mostly consistent with analysts' expectations. Revenue grew 27% year over year, which looks good on the surface but shows a deceleration over Q1 numbers, when revenue grew 33% in the first quarter. Nonetheless, the market for streaming is serving as a tailwind for CuriosityStream, which seemed to bolster investor enthusiasm, sending the stock up 21.1% at 11:28 a.m. EDT on Wednesday. 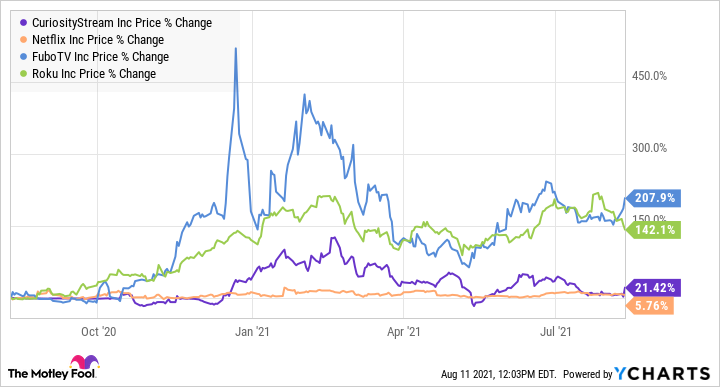 What seemed to contribute to the stock's jump on Wednesday as much as anything was a positive outlook for streaming services in general. fuboTV (FUBO -6.52%) reported record results in Q2 amid a strong quarter for sports broadcasting. Streaming services are taking market share from legacy TV, which bodes well for long-term growth from these smaller players, including CuriosityStream.

In July, the company announced a partnership with Spiegel TV, positioning CuriosityStream for growth in Germany, its largest non-English-speaking market. The company also recently launched on Sony's PlayStation 4, which has an installed base of over 100 million monthly active users. 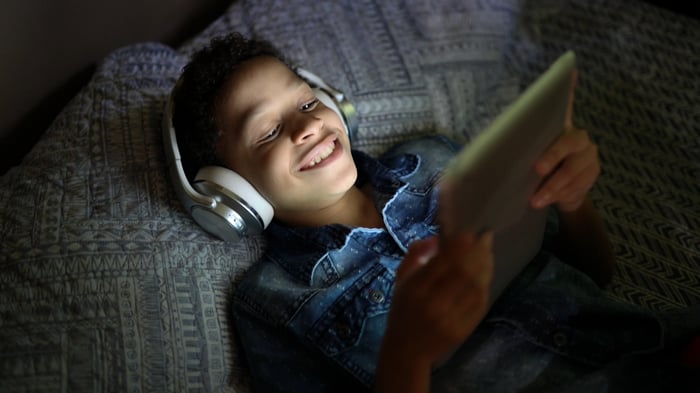 CuriosityStream grew subscribers 56% year over year in the recent quarter, and CEO Clint Stinchcomb suggested more growth is in store: "New subscribers are joining our service at a rapid clip and the annual anniversaries for subscribers who signed up during the most significant periods of the Covid lockdown have passed. We have successfully navigated retaining those users better than anyone else in the industry."

The stock is down year to date, the decline stemming from concerns about how CuriosityStream would hold on to its newly acquired subscribers during the pandemic. The latest quarterly results have dampened those concerns for now. Stinchcomb noted that it retained a higher percentage of new users acquired in Q2 2020 than any other streaming service.

Demand for CuriosityStream's factual entertainment offerings, which deal with history, nature, and technology, appears poised for further momentum in the near term. Management expects full-year revenue to be up 80% over 2020, reaching $71 million.