Shares of Inari Medical (NARI -2.06%) were down almost 16% as of 11:25 a.m. EDT today, after the company reported earnings yesterday that seemed impressive at first glance. After digging a little deeper, Wall Street found a few concerns.

The company's clot removal devices continue to drive exceptional sales. Revenue for the second quarter climbed 150%, and overall procedure growth came in at 136%. That slight difference might be what raised a yellow flag. 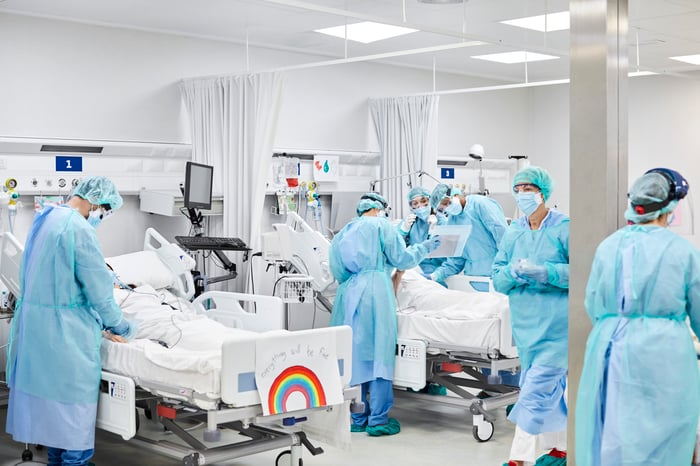 CEO Bill Hoffman pointed to the declining prevalence of COVID-19 -- which can cause blood clots in the veins -- as the primary reason behind the lagging procedure numbers. About 15% of patients treated in the first two months of the year had the disease. By June, that number was down to 4%. The disconnect is more pronounced in the sequential numbers.

Compared with the first quarter of 2021, revenue and procedures grew 10.6% and 7.3%, respectively. That sequential procedure growth has declined every quarter since last fall, when it was 52.5%.

It's the first wrinkle in the growth story for the company since it went public in May of last year. Shares are still up 75% since then, but down 40% from all-time highs.

Management estimated full-year revenue will be between $250 million to $255 million. That's up a few percent from previous guidance despite a cautionary comment about physicians and hospital staff taking vacations in the third quarter.

As for tailwinds, the company continued building out sales territories as planned and received regulatory approval for its new FlowSaver device. With hospitalizations for COVID-19 more than tripling in just the past month, the procedure numbers are likely to pick back up through the rest of the year. It will be interesting to see if the market reverses the punishment it is handing out today if that happens.