There wasn't anything about the second-quarter financial results from Celsius Holdings (NASDAQ:CELH) to cause a sell-off in the stock. But shares dropped as much as 12.3% early Thursday before making a full recovery. As of 1:20 p.m. EDT, shares were actually about 1% higher than Wednesday's closing price.

Two things likely explain the initial plunge. The main catalyst is probably a disclosure the company put in the Securities and Exchange Commission filing it made for the quarterly results. Celsius updated investors on a lawsuit filed against the company in 2019, saying a judge granted a motion on Aug. 2, 2021, giving the lawsuit class action status. That news, along with the fact that the stock is up 56% year to date and almost 300% over the last 12 months, is likely what initially spooked investors. 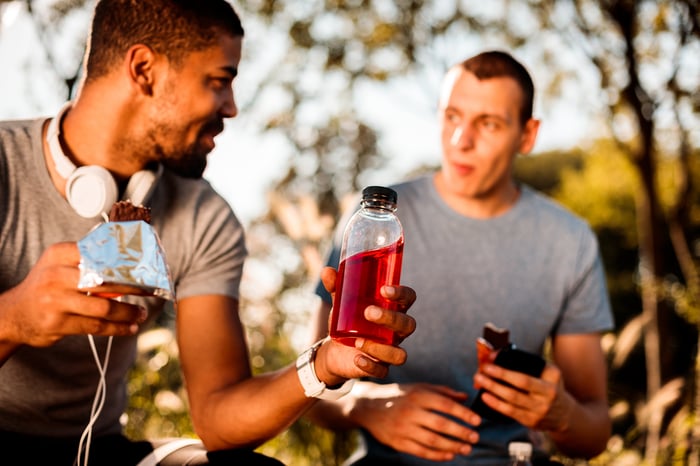 Celsius has its own motion pending in the case, which it said would end the matter in its favor if granted. But for now, the company said "we are unable to predict the outcome at this time." That uncertainty is likely what caused investors to panic.

But Celsius reported revenue growth of 117% compared to the prior-year period, with North America sales gaining 157%. Net income grew 150% to $4 million. Once the panic passed, it seems investors focused on the business results, which were very strong.