The company announced the pricing of its new common stock offering.

Shares of security awareness company KnowBe4 (KNBE 0.08%) were soaring on Thursday after the company disclosed the pricing of its upcoming common stock offering. The stock was up as much as 32.1% on the news. As of 12:00 p.m. EDT, KnowBe4 stock is up 23.2% for the trading day.

On Aug. 12, KnowBe4 announced it would be selling 10.4 million shares of its common stock at a price of $20.75 a share. Investors seemed to like the news, shooting up the stock over $25 a share after the announcement. Typically, when a company announces a common stock offering, shares drop to at or below the offering price because of the dilution that will affect existing shareholders' ownership in the business. For whatever reason, the opposite occurred when KnowBe4 announced the pricing today. 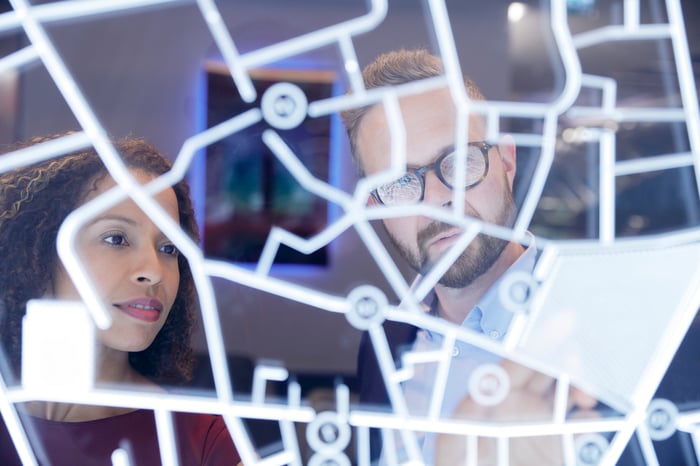 On August 2nd, KnowBe4 released its Q2 2021 earnings, one of its first releases as a public company since its IPO this spring. Revenue was up 43% year over year to $59.4 million in the period, and the company is guiding for 20%+ free cash flow margins for the full year.

It's strange for a stock to rise after announcing it is diluting existing shareholders, but I doubt current KnowBe4 investors are complaining about the outcome. It is also strange that a company like KnowBe4, which just raised money in an IPO and is already profitable, feels the need to raise more money through a common stock offering. Either way, investors should focus on the growth of KnowBe4's business, which, after you look at the Q2 results, seems to be doing just fine at the moment.

Why KnowBe4 Stock Skyrocketed This Week

Should Tech Stock KnowBe4 Be on Your Watch List?
356%