Please ensure Javascript is enabled for purposes of website accessibility
Log In Help Join The Motley Fool
Free Article Join Over 1 Million Premium Members And Get More In-Depth Stock Guidance and Research
By Bram Berkowitz – Aug 12, 2021 at 11:59AM

The company recently reported its earnings results from the second quarter of 2021.

Shares of KE Holdings (BEKE 2.86%), the largest real estate platform in China, traded as much as 16% down at one point this morning after the company reported earnings for the second quarter of the year. As of 11:15 a.m. EDT, however, shares were down 4.15%.

In the third quarter, management is projecting total net revenue to be between $2.2 billion and $2.4 billion, representing a decrease of approximately 24.6% to 29.4% from the same quarter of 2020.

"During the second quarter, a slew of city-specific policies and severe market-cooling measures were rolled out in China," Tao Xu, CFO of the company, said in a statement. "Those measures help promote a stable and healthy development of real estate market in the long run, but may bring about short-term market uncertainties." 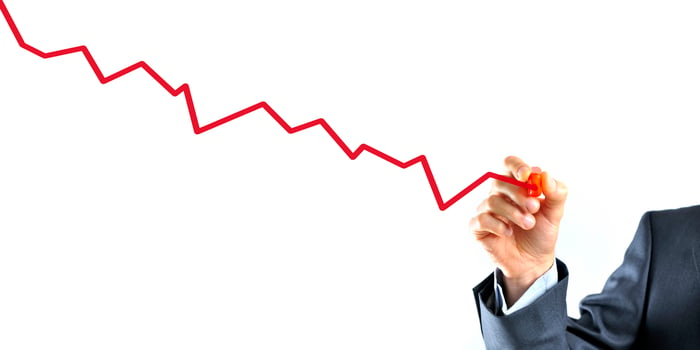 But as management showed in the recent quarter, its business can be heavily impacted by regulation in China. The Q3 projections take into consideration "the potential impact of the recent real estate related policies and measures, and the Company's current and preliminary view on the business situation and market condition, which is subject to change," according to a press release.

The stock will be volatile going forward and has already recovered much of its loss from earlier this morning. Ultimately, I'd say this is a high-risk, high-reward kind of play.

Why Shares of KE Holdings Are Rising Today
351%