Shareholders of consumer-focused healthcare company Perrigo (NYSE:PRGO) had a week to forget, as their stock plummeted by over 16% across the Monday-Friday span. The company delivered lackluster quarterly earnings, which were quickly followed by several price-target cuts from analysts.

Perrigo's second-quarter report was published on Wednesday, and it revealed that both revenue and per-share net earnings missed the average analyst estimates. Compounding that, the latter metric fell by 15% on a year-over-year basis, and the company said adjusted profitability will come in at the low end of its guidance. 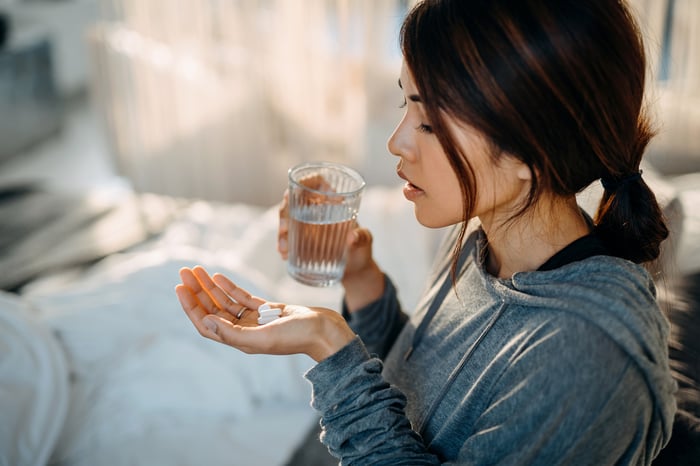 Some of those analysts didn't like the sound of that. After quickly digesting the results, prognosticators at JPMorgan Chase's J.P. Morgan and Royal Bank of Canada's RBC Capital both cut their price targets on Perrigo shares.

Investors might be punishing Perrigo somewhat unfairly. The healthcare company did manage to increase sales in all of its categories save for over-the-counter medicine, and that drop was due in large part (it said) to a weaker-than-average cough/cold season.

Assuming we get past the current wave of the pandemic and people start spending more time outside the home, the situation should begin returning to somewhere near normal.