Citizens Financial pays out one of the better yields in the banking industry.

Citizens Financial (CFG -0.67%) has had a very busy summer, making two key acquisitions in the span of a few months. First, it filled a huge gap in the nation's largest city by acquiring 80 branches -- 66 of them in New York -- from London-based bank HSBC, along with HSBC's national online deposit business. Then, in late July, Citizens bought Investors Bancorp, a New Jersey-based bank with 146 branches throughout northern New Jersey and New York City, further bolstering its presence in that key market and tying together its strength in New England and Philadelphia.

These two acquisitions should strengthen Citizens' status as a super regional bank in the Northeast in a consolidating banking industry and help it grow a national business. Ultimately, the acquisitions, along with other initiatives, could help the bank sustain its already generous dividend. For income investors, this is a stock to watch. 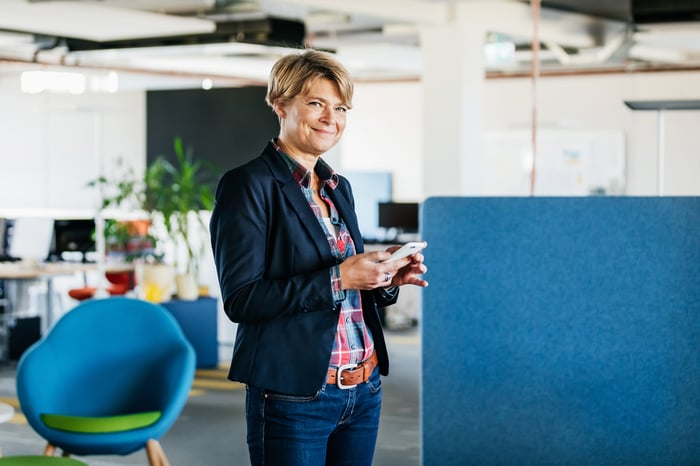 Poised for expansion and growth

With the acquisitions, Citizens will bring in about $35 billion in assets, adding to its current $185 billion, making it a top 15 bank in the U.S. These acquisitions not only increase Citizens' footprint in New York City, but also in Washington, D.C., and Florida.

And acquiring HSBC's national online deposit business will help Citizens as it seeks to expand its digital banking presence. Currently, about 30% of all deposits are made digitally, and that's a number Citizens expects to grow. In May, the company hired Donald Felix from JPMorgan Chase to head up its national banking initiative.

"With a sizable customer base and a solid deposit franchise, this acquisition will serve as a springboard for our consumer national expansion strategy," CEO Bruce Van Saun said of the HSBC acquisition.

Also, Citizens is also in sound financial shape to invest in this effort, as it recently embarked on a two-year "TOP 6" (Tapping Our Potential) program to drive efficiencies, which is expected to result in $425 million in run-rate savings by the end of 2021. The bank had an efficiency ratio of 62% at the end of the second quarter, and it should keep coming down as these savings kick in (efficiency ratio is an important bank metric that measures operating expenses as a percentage of revenue -- lower is better).

This type of efficiency, in addition to the sound growth prospects, should help the bank continue to fund its dividend.

At Monday's closing price, Citizens pays out a quarterly dividend of $0.39 at a yield of 3.5%, which is higher than the sector average. Also, it has a pretty good payout ratio of 34%, which means it pays out just over a third of its earnings in dividends. Since the company went public in 2014, it has increased its dividend each of the last six years, including 2020 -- a brutal year for the industry.

Also, Citizens brings in a very healthy bank in Investors Bancorp, which pays out an even higher yield, 3.9%, and has increased its dividend for seven straight years, including this year.

Citizens' stock is currently trading at just over $44 per share and is up nearly 24% year to date. In addition, it's very cheap right now, with a price-to-earnings (P/E) ratio just under 10, and it's trading below its book value. I think this is a solid dividend stock already that appears to be heading in the right direction.

Citizens Financial Disappointed in Q2, but Still May Outperform This Year
376%