Please ensure Javascript is enabled for purposes of website accessibility
Log In Help Join The Motley Fool
Free Article Join Over 1 Million Premium Members And Get More In-Depth Stock Guidance and Research
By Jennifer Saibil – Aug 18, 2021 at 9:25AM

The reason? The enormous growth potential.

It can be tempting to add any and all stocks of the moment to your portfolio. But a small mix of growth and value stocks is your best bet to achieve long-term wealth. While 10 to 15 stocks are enough to diversify your portfolio, many experts recommend holding 20 to 25 for greater opportunities and lower exposure to risk. Investors who subscribe to this belief get a good mix between maximizing the benefit of owning the best growth stocks while locking in greater stability in their overall portfolios.

That's why I wouldn't buy every growth stock on the market. But if I were looking for one such stock to add to my portfolio, it would be MercadoLibre (MELI 0.17%). 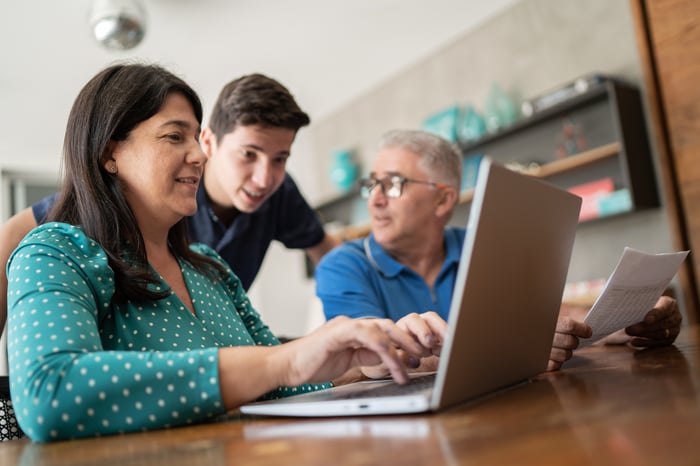 MercadoLibre is the largest e-commerce company in Latin America, and it's the leading brand in all of its 18 markets. It also operates a digital payments business called Mercado Pago. The pandemic accelerated the global fintech revolution, and MercadoLibre has the first-mover advantage in the huge Latin American market. The company's overall growth throughout the past year has been simply staggering.

There was a growth slowdown in the second quarter of 2021, as vaccines were rolled out and restrictions were rolled back in many areas. But the continued strong performance demonstrates just what kind of opportunity remains for the company.

One telling metric is off-platform TPV. This comprises digital payments outside of the MercadoLibre platform, which means customers using the payment option to make purchases in other places. This increased 94% in the second quarter and continued to outpace on-platform TPV, comprising nearly 60% of the total. This fast-growing segment represents a significant market opportunity.

What makes the stock so compelling is the enormous potential that remains. MercadoLibre operates in a region of 635 million people, or almost double the U.S. population. Consider that Amazon's 2020 U.S. sales were $236 billion, while MercadoLibre's 2020 sales were just under $4 billion. As compared with fintech companies PayPal and Square, its payments business is still tiny, with $560 million in revenue in the second quarter versus PayPal's $6.2 billion and Square's $4.7 billion.

One area that's rapidly expanding is Mercado Envios, its internal fulfillment program. That reached 83% penetration in the second quarter, meaning that more than four-fifths of items sold on the MercadoLibre marketplace gets shipped via Envios. Moreover, the company delivered more than half of all orders on the same day or next day. Take that, Amazon.

Penetration is most pronounced in its main markets of Argentina and Brazil, where it's reached 88% and 86%, respectively. Smaller markets are moving up, with Chile reaching 62% and Colombia reaching 68%. But all of MercadoLibre's businesses are demonstrating massive growth.

MercadoLibre stock is up 18% year to date. It has already pulled back after a massive spike following the second-quarter earnings report two weeks ago, so if you didn't manage to buy in before that, you can get the stock now.

It isn't cheap, and profitability has taken a hit as the company launches new products in new regions. But long term, I don't think you can miss with MercadoLibre stock. It's still below all-time highs, which it hit in February, and between its robust businesses and wide opportunities, I see every reason to believe that it can surpass those highs and deliver many years of growth for investors.