Please ensure Javascript is enabled for purposes of website accessibility
Log In Help Join The Motley Fool
Free Article Join Over 1 Million Premium Members And Get More In-Depth Stock Guidance and Research
By Ryan Henderson – Aug 19, 2021 at 7:07AM

Here's what the company has in plan for its recent surge in profits.

Cloud-storage and content-collaboration platform Dropbox (DBX -0.71%) reported second-quarter earnings on Aug. 5 and trounced its own expectations in nearly every category. Thanks to its cost-cutting initiatives and strong customer demand, the company's profit margins are already beginning to exceed management's long-term goals.

But with earnings coming in at a record pace, management is facing a new problem -- what to do with all of its excess cash? 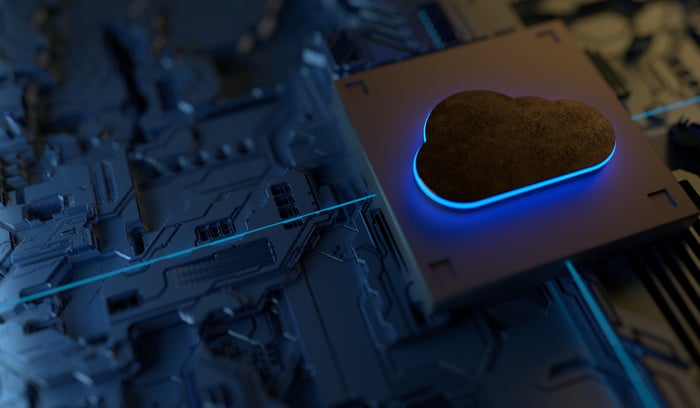 Why is Dropbox generating so much cash?

At the end of the latest fiscal year, Dropbox management shared the company's financial goals of reaching a non-GAAP operating margin of 28% to 30% while generating $1 billion in free cash flow annually by 2024. Fast forward six months, and Dropbox is already delivering 32% operating margins -- a sizable increase from 20.6% a year ago.

Before analyzing the possible areas to reinvest these additional profits, it's worth understanding how Dropbox actually got into this advantageous position to begin with. Over the last 12 months, Dropbox has taken several steps to minimize costs. These included reducing the entire workforce by 11%, hiring from lower-cost locations thanks to its virtual-first work approach, subleasing the company's vacant offices, and migrating its data centers to lower-cost areas.

To supplement the reduced costs, Dropbox was able to sustain high revenue growth over the last year, and it grew its paying user count 8% year over year in the second quarter and simultaneously increased its average revenue per user by 5%. But it wasn't just the strong operating performance that drove growth, either. Dropbox's top line was positively impacted by unexpected foreign-exchange tailwinds in the latest quarter that accounted for more than two percentage points of annual revenue growth.

Between minimized costs and overall business strength, Dropbox is raking in profits at an unprecedented rate. Faced with this not-so-harsh reality, the company's management team is now having to reassess its focus.

What can Dropbox do with its cash?

Though this quarter demonstrated how Dropbox requires very little spending in order to generate strong cash flow, management seems adamant about putting its foot back on the accelerator. In fact, on the company's latest conference call, CFO Tim Regan stated, "[W]hile our profitability growth this year is astounding, we are equally focused on driving sustainable revenue growth."

But as I just mentioned, now that Dropbox has a large user base and sticky platform, very little additional spending is required in order for the company to succeed. To further exemplify this point, between the first and second quarter of this year, Dropbox grew its annual recurring revenue $54 million, yet it spent less than $4 million on capital expenditures in order to do so. So the question remains: Where can management deploy its cash?

Dropbox has already begun emphasizing some obvious areas of focus, including share buybacks and acquisitions. In the fourth quarter of 2020, the company's board of directors approved a new $1 billion share-repurchase program to tack onto its existing one. This should help increase the earnings per share by giving shareholders a larger claim to the company's overall earnings.

As for acquisitions, over the last three years, Dropbox has acquired both Hellosign and DocSend for a total of approximately $400 million. CEO Drew Houston has even stated the company will continue to look for new acquisition opportunities as a way to grow revenue and enhance its platform.

The company is doing some less noticeable things to help spur growth too. During the second quarter, Dropbox more than doubled the length of its free-trial period for professionals. According to management, this initiative was well received and "resulted in a 15% increase in the number of users who started a trial with a commensurate lift in the number of conversions." Though beyond the extended trials, CFO Tim Regan also noted Dropbox is planning to reaccelerate its hiring of new employees in order to help "invest in growth areas."

Since Dropbox has already proven it can produce the kind of high-profit margins that most shareholders desire, it's now a matter of building enduring growth. Whether it's through new acquisitions, product development, or discounted offerings, Dropbox has several levers it can pull to attract new customers to its platform.

Ultimately, shareholders may want to temper their expectations for profits and instead keep a closer eye on Dropbox's revenue and user growth.