Another capital raise less than a year after the company's stock market debut is more than a little troubling.

Shares of 180 Life Sciences (ATNF 1.60%), a clinical-stage drugmaker, are under pressure. Investors aren't happy because the company has announced the second dilutive capital raise since it completed a transaction with KBLM Merger Corp IV to gain its stock market listing last year. The stock was down 26.7% as of 12:23 p.m. EDT Thursday.

The special purpose acquisition company, or SPAC, that took 180 Life Sciences public raised $115 million to identify and acquire a healthcare company with potential. This probably should have been more than enough to fuel 180 Life Sciences' relatively unambitious development pipeline, but it was not. 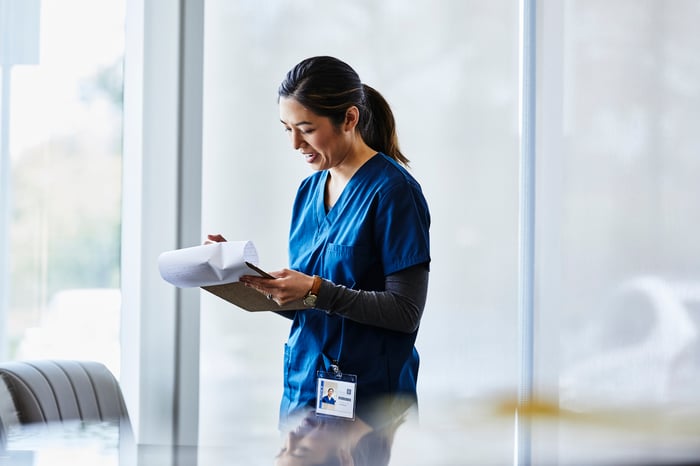 180 Life Sciences finished June with less than $2 million in cash on its balance sheet. In order to raise an estimated $15 million, the company will issue 2.5 million new shares and warrants to purchase another 2.5 million shares.

The company's latest capital raise is suspiciously close to an $11.7 million private placement in February that was even more dilutive than the latest. That's a lot of share dilution for a company that only had around 18 million shares outstanding shortly after going public last November.

At the moment, 180 Life Sciences doesn't have any drugs of its own in clinical trials. Instead, it has some new method-of-use patents regarding AbbVie's top-selling anti-inflammatory treatment, called Humira.

AbbVie's mega-blockbuster is an anti-tumor necrosis factor (anti-TNF) injection used to treat rheumatoid arthritis, psoriasis, and a handful of less common inflammatory disorders. The antibody itself lost patent protection years ago and 180 Life Sciences has been able to patent methods of using it to treat rare inflammatory disorders that AbbVie probably never bothered with. This is an interesting business plan worth keeping an eye on, but I hardly expect it to work out in the long run.