Binance Coin is taking the crypto world by storm.

If you thought Bitcoin (BTC -1.95%) was the ultimate rags-to-riches investment of the past few years, you'd be surprised at how much it lagged behind Binance Coin (BNB -2.40%). Investors who put just $500 into its initial coin offering (ICO) back in August 2017 and hung on would now be sitting on a profit of $1,765,000. Meanwhile, the same investment into Bitcoin would have yielded just $6,950.

Keep in mind, that number comes after the great crypto sell-off that began in May -- early investors in the coin were up by even more before that. Binance Coin is now the No. 4 cryptocurrency in the world, with a market cap of more than $70 billion. But how much of that past success could new investors replicate if they act now and buy the dip? 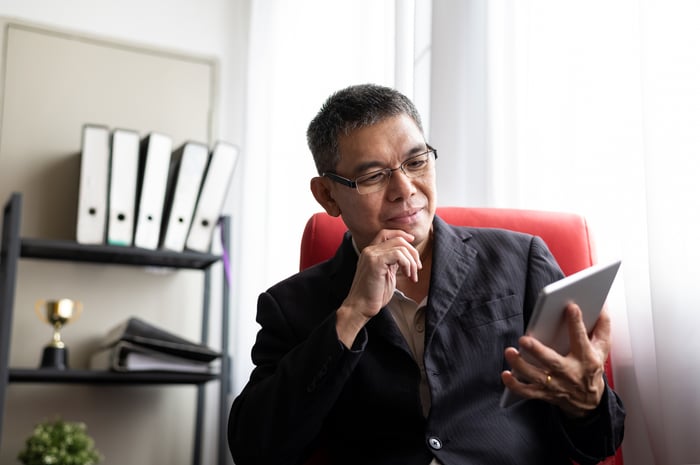 What's so good about Binance Coin?

The entity behind Binance Coin is the cryptocurrency exchange Binance. Changpeng Zhao, a Chinese-Canadian programmer who built high-frequency trading systems for Wall Street firms, founded the company in 2017. Back then, Binance was essentially a nonentity. However, it has since become the world's largest cryptocurrency exchange, processing 1.4 million transactions every second (including trades, withdrawals, deposits, crypto transfers between cash and margin accounts) and handling $18.63 billion worth of trading volume every day. Traders have flocked to the platform because it offers low fees, a wide selection of cryptocurrencies (including altcoins), cheap margin, and the ability to participate in future ICOs. But most important of all, the funds are safe -- relatively. The last major hack against Binance took place in 2019 -- a lifetime ago in crypto -- and the hackers only managed to steal about $40 million. That's a pittance compared to the $3.8 billion in crypto stolen by hackers last year..

Binance originally launched the Binance Coin as a utility token to be used for discounted crypto trading fees. Users could receive a 25% break on trading commissions on the platform if they used Binance Coin instead of fiat money. But it is now used for consumer payment processing due to its widening adoption. BNB uses the company's native blockchain network, which processes 3.7 million transactions per day.

But the biggest upside to BNB is that the supply of tokens -- in contrast to other cryptocurrencies -- is shrinking. In the past, Binance has used 20% of its profits each quarter to repurchase and cancel BNB tokens from its total supply -- kind of like stock buybacks. The company will keep removing tokens from circulation this way until only half of the original float remains, though it recently modified its policy on the pace. Sometimes it may burn a smaller share of its profits. In Q1, Binance burned $595 million worth of BNB tokens. Since Binance's founding, the total supply has decreased from 200 million to 168.1 million.

Because there is constant capital inflow into BNB while its supply keeps decreasing, the token is almost guaranteed to appreciate -- as long as its parent company stays solvent and maintains its buyback program. Unfortunately, Binance has run into a few issues.

Like all brokerages, Binance loves gamblers because they generate substantial trading commissions. Cryptocurrencies are already volatile enough, but the company kicked it up a notch by offering ultra-high margin on crypto futures and derivatives products. Up until June, you could leverage as much as 100-to-1 of your principal on Binance. So relatively small moves in the underlying crypto could create huge wins or result in massive wipeouts.

It shouldn't be a surprise, then, that regulators around the world are not fans of some of Binance's financial products. In June, Britain's Financial Conduct Authority banned the company from operating in the U.K. On July 31, the Malaysian Securities Commission ordered Binance to cease its operations in that country as of Aug. 8 . Since then, Binance has scaled down the maximum leverage on its platform to 20-to-1.

In the U.S., the company is facing a probe by the Justice Department and the IRS over allegations of money laundering. Unlike just about every other country in the world (aside from Myanmar and Eritrea), the U.S. imposes taxes on its citizens' worldwide income -- regardless of where they reside. Until a few months ago, American expats could purchase cryptocurrency as investments on Binance and fail to declare their capital gains, or use them as a store of value for undeclared international income, and the IRS had no way of knowing. As a result of the probe, Binance created an entirely new platform solely for Americans (Binance.us) to comply with U.S. regulations.

Due to intensifying regulatory scrutiny and the broader crypto market sell-off, BNB has lost almost 40% of its value since its May peak. But the company behind the token is making a solid effort to abide by the regulations. That should ensure that Binance can continue to expand its user base (and BNB adoption), generate more profits, and use them to repurchase BNB tokens. For these reasons, Binance Coin is a fantastic crypto to buy now.

2 Winners and 1 Loser in the Binance-FTX Fiasco

Forget Dogecoin, This Crypto Could Be the Even Bigger Winner From Elon Musk's Twitter Takeover

2 Top Cryptocurrencies to Buy in June