Please ensure Javascript is enabled for purposes of website accessibility
Log In Help Join The Motley Fool
Free Article Join Over 1 Million Premium Members And Get More In-Depth Stock Guidance and Research
By Jennifer Saibil – Aug 20, 2021 at 9:55AM

The cheap and chic retailer posted another excellent quarter.

A 9% comps increase may not look so impressive when compared to 24%. But the company is Target (TGT 1.22%), and the quarter is coming after a phenomenal pandemic performance -- so it was actually quite a feat to stack a 9% rise in the second fiscal quarter (ended July 31) on top of 24% last year. And investors should expect more achievements in the coming year. Here's why.

That was bound to come to an end at some point, and it happened in the second quarter. Comps increased 9%, digital sales increased 10%, and same-day services increased 55%. Comps growth came almost entirely from stores, with an 8.7% rise on top of 10.9% last year. That means that as far as store traffic goes, comps are increasing at almost the same rate as during the pandemic. And same-day services remain an important element, accounting for more than half of digital sales. 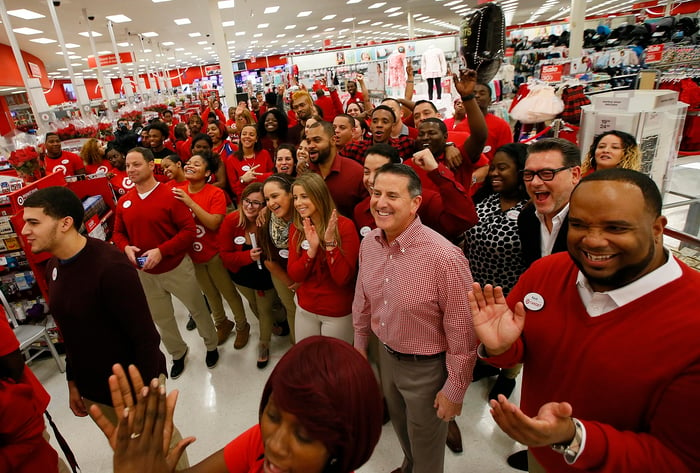 As for the future, Target is expecting high-single-digit comps for the second half of the year as well, the high end of its previous expectations.

A formula for success

There are a number of ways Target stands out from the competition. One is its focus on omnichannel shopping options, which gives it an edge in the on-demand shopping generation. More than 95% of orders are filled in stores, which cuts delivery time and costs. It also added 5,000 items to its merchandise available for drive-up in Q2, which is powering growth in the fresh segment. These various ways to shop also work together, as customers who come in through digital end up engaging in-store as well.

Another is its large line of owned-brands, which are cheaper to produce and make Target an exclusive destination. Target has nearly 50 of these brands. It also has partnerships with premium brands such as Disney and Apple that lift its image up a notch.

Target has also successfully experimented with its small-store format, which allows it to enter denser urban areas, such as New York's Times Square, and offer a curated product selection. Out of 46 upcoming store openings, about half are in the small-store format, with the smallest one only 12,000 square meters.

Target will become a dividend king when it pays out a quarterly dividend in September, its 50th consecutive annual dividend increase. It raised the dividend 32%, much higher than the previous 3% increase. It yields 1.2% at the current price -- not too bad for a stock that also delivers growth.

As it expands store count, upgrades its same-day services, and adds new owned brands, Target is a surefire winner for future growth and gains for investors.