Shareholders can breathe a sigh of relief -- for now.

Roblox (RBLX 6.50%), the co-experience platform that brings together players and developers, continues adding millions of users. Roblox experienced a surge of activity at the pandemic onset as kids were sent home from school and economies entered varying forms of lockdown.

Now, as billions of doses of COVID-19 vaccine have been administered worldwide, economies are reopening, giving people more things to do outside of their homes. There was worry among shareholders that the trend would hurt the company's growth. That's not entirely playing out. 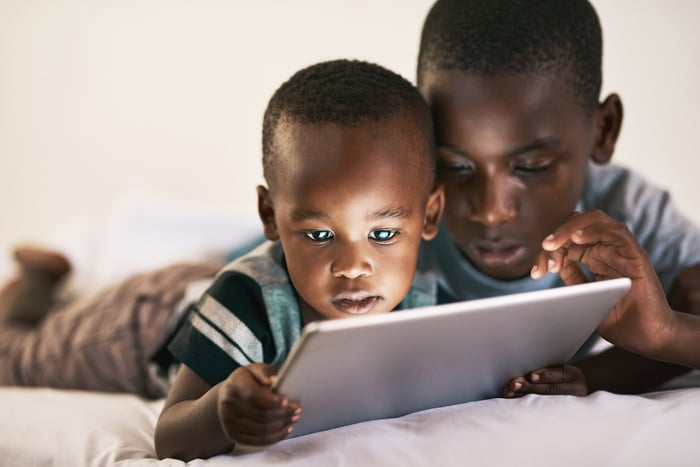 Signs of economic reopening are starting to show

Roblox's daily active users (DAUs) increased by 1.1 million from the previous quarter, reaching 43.2 million in Q2. However, the quarter's results were as of June 30. The company gave an update on results from July, and it showed DAUs increasing to 46.6 million, which is more than double where it was before the pandemic onset. That's impressive growth considering it was during major economic reopenings worldwide, not to mention warmer weather.

The rise in DAUs and continued engagement from existing players boosted revenue by 127% from the same quarter last year to $454 million and net cash from operations up 64% to $191 million. Anyone can sign up on Roblox for free. The company makes money when players use Robux, an in-game currency you can buy with real money. While most of the game is free to play, there are areas on the platform that cost Robux to join. Additionally, players create their own avatar and equip it with mostly free items, but premium items cost Robux.

The more time players spend interacting inside Roblox's platform, the more opportunities they will see that require Robux. Therefore, engagement is an important metric for investors to pay attention to when considering Roblox stock. In Q2, engagement from its players increased by 13% to 9.7 billion "user hours engaged" from the second quarter last year and remained roughly even with engagement in Q1.

Parsing out the engagement figures a bit further, you can start to see the effects of the economic reopening. In the U.S. and Canada, where vaccination rates among the population are relatively high, engagement fell by 9% from the previous year. Similarly, engagement in Europe was down by 2%. This could be an early signal indicating decreasing activity on Roblox as vaccinations expand worldwide.

The decrease in engagement from those regions could partly be what's spooking some investors. Shares of Roblox are down over 3% since reporting second-quarter earnings results on Monday, Aug. 16.

Since over 50% of its DAUs are kids under 13 years old, the next test for Roblox will be how engagement evolves as kids return to school. Millions of students have been learning remotely since the pandemic's onset, giving them more time to engage with their devices at home. A return to classrooms would leave less leisure time for kids. Investors should follow this changing dynamic.

If Roblox can keep players engaged as economies reopen and kids return to school, it could be a great sign for its long-term value. The company has more than doubled its user base in a little over one year. Holding on to those gains as the causes that drove them reverse will be a major accomplishment.

Why Roblox Stock Soared This Week
349%