From e-commerce to 5G, these stocks are tapping into big trends.

Stocks have had a surprisingly strong bullish run over the last year, despite the tragedy and disruptions caused by the pandemic. With valuations stretching to expensive levels for many growth stocks, there are still stocks you can buy today that will be worth far more down the road. 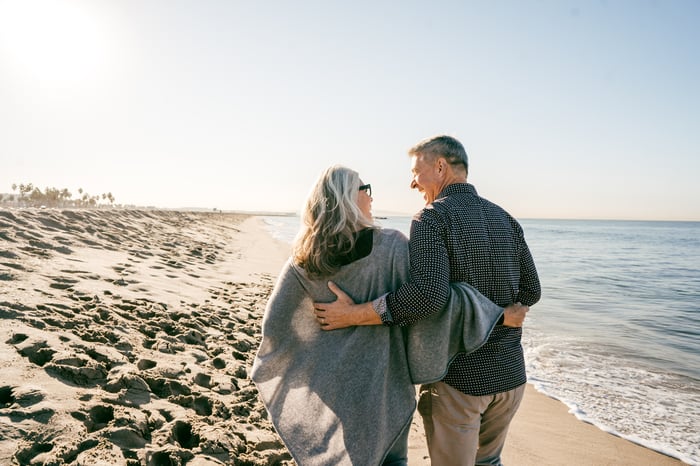 Shopify provides software tools and point-of-sale solutions for businesses of all sizes to grow and be more efficient in the digital economy. It has tremendous growth opportunities to gain a greater share of the global retail market that is estimated at over $20 trillion, with e-commerce sitting at $4 trillion. Despite Shopify's phenomenal growth in recent years, its trailing 12-month gross merchandise volume (GMV) on its platform is still relatively small at $151 billion.

The lines between e-commerce and brick-and-mortar shopping are increasingly getting blurry. Shopify is continuing to deliver strong growth, with GMV up 40% year over year in the second quarter. This growth is despite more retail merchants reopening their doors as pandemic restrictions have eased this year. In the recent quarter, Shopify reported seeing GMV grow faster in places that have reopened than its total GMV.

As merchants grow their business, Shopify shares in their success. The company offers merchant solutions that include additional services for things like Shopify Capital and Shipping services. In 2020, revenue from merchant solutions more than doubled to $2 billion, growing at a faster rate than subscription solutions, which includes the fees merchants pay to join Shopify's platform.

This is not a stock for value hunters. Before you invest in Shopify, you have to believe in its long-term future, because the stock is pricey, with a price-to-sales ratio of 49. However, I believe investors that buy and hold this stock will see their initial investment increase in value over time.

Peloton is in a great position to ride the growing demand for at-home fitness solutions. The stock is down 27% year to date, as the company was forced to recall its treadmill products earlier this year over a safety issue. Plus, investors are concerned about possible headwinds to growth in the near term as the economy reopens. However, these should be short-term bumps in the road that will eventually pass.

Peloton has grown incredibly fast over the last few years and there is still plenty of opportunity still ahead. In fiscal 2017, Peloton generated just $186 million in revenue, but in fiscal 2020 (which ended in July), revenue reached nearly $1.5 billion. Management expects fiscal 2021 revenue to come in at $4 billion. In fiscal 2022, management sees further momentum in the business resulting from the reduced price for its original Bike model and international expansion.

Peloton is shifting some of its manufacturing to the U.S., which should improve the customer buying experience with more efficient delivery speeds. This move follows the acquisition of Precor last year, which also positions Peloton for growth in hotels and college campuses.

With the international business starting to "fire on all cylinders," as CFO Jill Woodworth reported during the fiscal third-quarter earnings call, Peloton is truly just getting started. Management believes the global addressable market for its products could be greater than 180 million. It finished the recent quarter with just 2.08 million subscribers to its connected fitness products (Bike and Tread), which speaks volumes about its growth potential. The sell-off is a great opportunity to pick up shares before investor sentiment comes back around.

For investors looking for a relatively safe growth stock, Apple fits the bill. Its installed base of active devices has inched higher over the last few years, reaching 1.65 billion at the start of the year. That growth is fueling Apple's higher-margin services, including subscriptions to Fitness+ and Apple TV+, in addition to App store purchases and Apple Pay. This is turning Apple into a monster cash cow.

Revenue from services grew 28% year over year for the nine-month period through fiscal Q3. The iPhone 12 has had a great customer response, which seems to have led to further spending on subscriptions and apps. Services reached a new record in the most recent quarter, but the upcoming launch of the new iPhones this fall should keep services revenue growing.

Various reports surfaced at the end of July that Apple was anticipating huge demand for the iPhone 13. As strong as iPhone 12 sales have been, there are still many users who haven't upgraded to 5G yet, which could lead to explosive demand for the new launch.

A new round of iPhones is always a good growth catalyst to consider each year, but don't fall into the trap of buying Apple stock for that reason alone. Fortunately, Apple has all the traits a long-term investor could want in a core holding.

Apple is one of the most recognizable brands in the world and generates massive amounts of free cash flow to the tune of $95 billion, out of which it pays a small quarterly dividend to shareholders. The current annual dividend yield is 0.57%. This highly profitable tech stock should reward investors for years to come.