Please ensure Javascript is enabled for purposes of website accessibility
Log In Help Join The Motley Fool
Free Article Join Over 1 Million Premium Members And Get More In-Depth Stock Guidance and Research
By Parkev Tatevosian, CFA – Aug 24, 2021 at 8:10AM

Expanding into department stores could increase sales and lower fulfillment costs for the e-commerce giant.

E-commerce giant Amazon (AMZN -0.77%) is considering adding department stores to its list of business ventures. Reports indicate each store could be about 30,000 square feet in size, with the first few planned to open in California and Ohio.

Amazon already has a physical footprint through its Whole Foods Market stores. However, those mainly sell groceries. The newly added stores will more likely carry clothing and other items that Amazon has some difficulty selling profitably online. Moreover, the new stores can act as pickup and return hubs for online orders at Amazon.com. 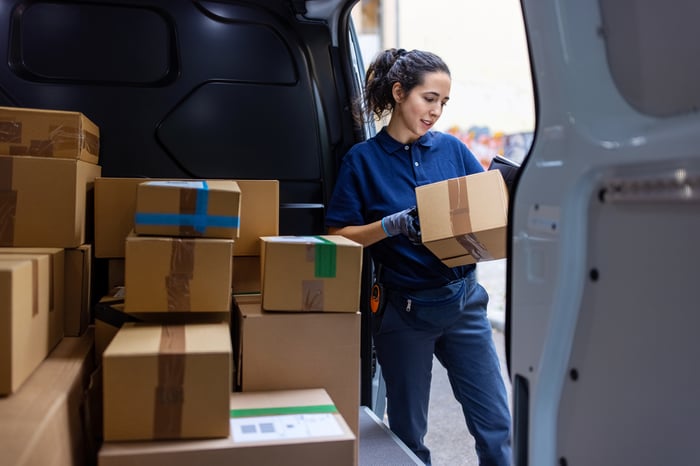 Amazon could implement the strategy of a popular competitor

Amazon already allows customers to return items at Whole Foods locations (as well as at a few other partners like United Parcel Service and Kohl's). You can start the return process at Amazon.com and then bring the item to a local Whole Foods location and be done with the transaction. The purchase and return starts and finishes with Amazon; a feature that likely saves the company costs and gives it more control over its business processes.

Newly added department stores can include the same feature at an expanded scale. Instead of just handling returns at the locations, Amazon could allow people to pick up purchases in-store. That could help increase sales if the customer could purchase online and pick up in-store within an hour.

Same-day fulfillment options from stores are working extremely well for Target (TGT -0.02%). The discount retailing giant is experiencing rapid adoption of the three features it offers: buy online, pick up in-store; buy online and drive to a Target parking lot and have the item delivered to your car; and buy online and have the item delivered to your home within a few hours. It's boosting sales, and the company is expecting the highest operating profit margin in over a decade.

Amazon can develop a similar offering at department-sized stores. Amazon spent $17.6 billion in fulfillment expenses in the three months ended June 30 and $34.1 billion in the first half of 2021. Management knows this is a large and growing expense, and it's approaching the problem in several ways.

One of them could be opening department stores and nudging consumers to pick up orders at those locations. The stores may already have the item on hand. If not, it would cost Amazon less to ship items to department stores where they already make regular deliveries rather than go house by house delivering packages.

As of yet, opening a few department stores in select communities will not make a meaningful impact. Amazon will likely test how consumers respond to these department stores and learn how to use them most efficiently. It could be a facet of the company's plans to lower its fulfillment costs, which are biting into profits in the longer run. While it has been growing, Amazon's operating profit margin for its e-commerce segment has averaged 2.2% over the last decade.

The decision to open department stores should not change your mind about buying or selling Amazon's stock. Rather, it's a good sign for shareholders that Amazon is taking steps that could reduce fulfillment costs.